‘The worst wildlife disaster in modern history’: Three BILLION animals were killed in bushfires during Australia’s summer from hell

Nearly three billion animals are thought to have been impacted by Australia’s devastating summer bushfires.

The figure, revealed by conservation group WWF-Australia, is nearly three times the estimate made by Australian mammal expert Professor Chris Dickman in January.

WWF-Australia commissioned a group of scientists to provide a more detailed estimate of the number of animals killed or displaced by the 2019-20 bushfires and released its interim report on Tuesday. 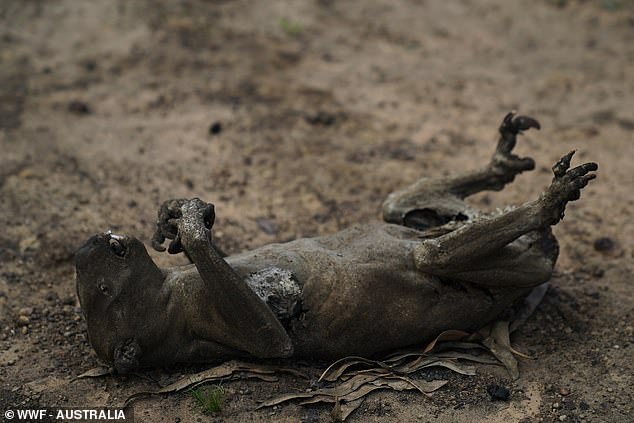 The report examined 11.46 million hectares of fire impact area and found nearly three billion native animals would have been within the forests and woodlands that burnt.

This includes 143 million mammals, 2.46 billion reptiles, 180 million birds and 51 million frogs which are thought to have been in the path of the fires.

‘It’s hard to think of another event anywhere in the world in living memory that has killed or displaced that many animals. This ranks as one of the worst wildlife disasters in modern history,’ Mr O’Gorman said in a statement on Tuesday. 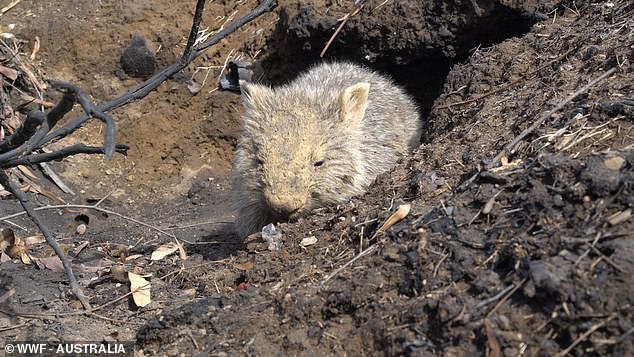 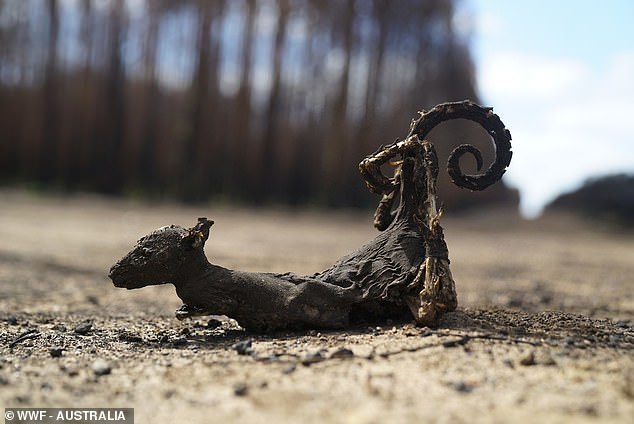 Prof Dickman in January had estimated more than one billion animals perished in the Black Summer fires. He noted this figure was conservative and covered only the areas burnt in NSW and Victoria.

The University of Sydney professor on Tuesday said while scientists couldn’t confirm how many animals died, the prospects for any wildlife that did escape were ‘probably not that great’ because of a lack of food and shelter.

He argued the bushfires have changed the environment and depleted native biodiversity and that change is necessary. 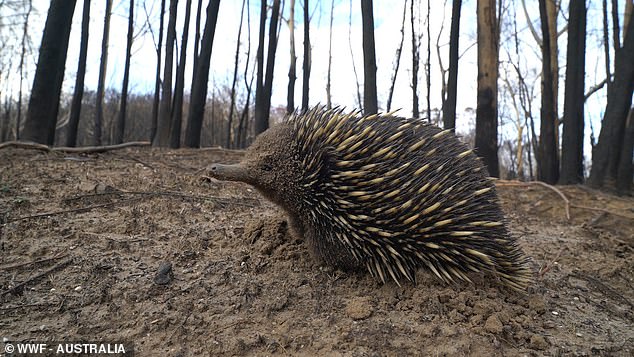 The World Wildlife fund believes even the animals which survived the fires would have perished shortly afterwards due to a lack of shelter and food sources (pictured: an echidna emerges to discover the blackened landscape after the fires)

The report recommends improving the management of future bushfires and the impacts on biodiversity by establishing rapid response teams to mitigate impacts on threatened species and identifying and protecting unburnt habitat.

WWF-Australia said the report was restricted by limited data on animal densities, fire impacts and the ability of different species to survive and recover.