THE 'RINGLEADER' of a recent attempt to destroy and take down the Andrew Jackson statue in Lafayette Square in Washington D.C. was arrested on Thursday by Federal law enforcement.

Jason Charter was arrested and charged with destruction of federal property. 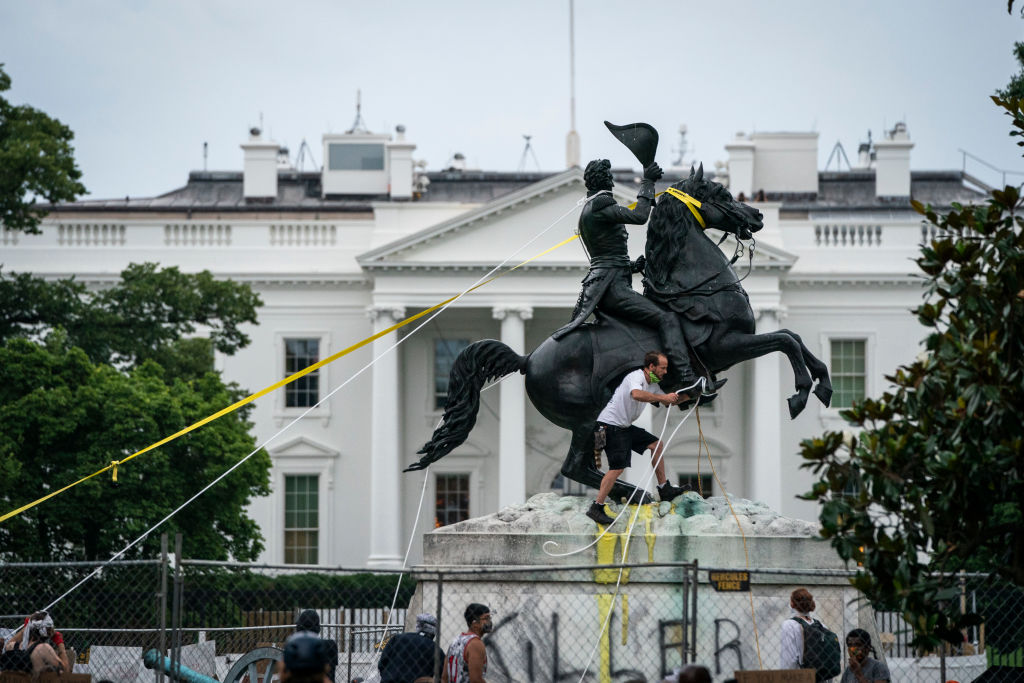 Sources told Fox News that Charter has connections with Antifa and was in a leadership role June 22 when a group of protestors attempted to take down the statue near the White House.

A federal law enforcement official said the attempt was "very organized" with Charter on top of the statue, directing people.

He is expected to appear in U.S. District Court in D.C. on Thursday, most likely virtually.

While the destruction of the statue was stopped, Jackson's statue has become controversial because of his treatment of Native Americans and the fact that he owned slaves. 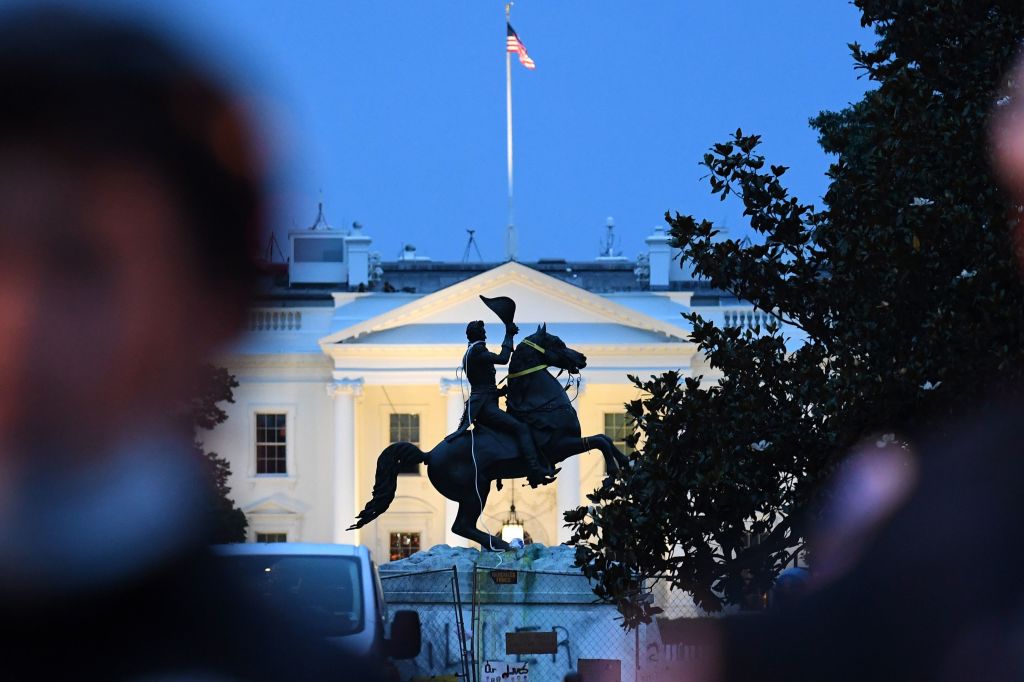 Four other men have been charged with destruction of federal property in connection with the same attempt on the statue of Jackson, CNN reported.

On June 24, President Trump signed an executive order to protect monuments of statues.

Trump tweeted that those who deface American monuments, memorials and statues could face long prison terms for "these lawless acts against out Great Country."

Listen To This: When The Ship Comes!