Pret a Manger is set to close as many as one in ten of its high street sandwich shops, putting hundreds of jobs at risk.

Pano Christou, Pret’s chief executive, will make the devastating announcement on Wednesday as the chain fights for its future after sales were decimated by lockdown.

The Mail on Sunday understands up to 45 of Pret’s 434 UK shops could close as part of a major restructuring, potentially affecting up to 800 of the chain’s 8,000 employees. 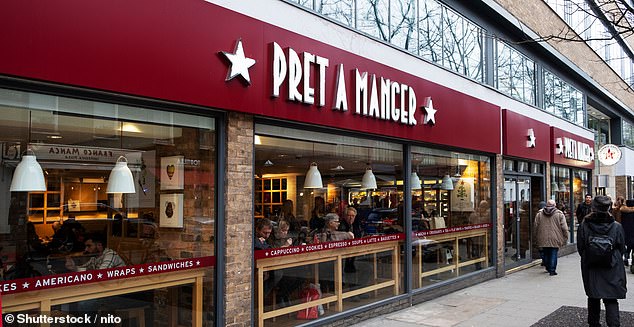 The move reflects the huge numbers of office staff working from home during the coronavirus pandemic.

This has led to a vast reduction in footfall in town and city centres and Christou said the firm has lost ‘tens of millions of pounds’ each month. It is now unable to meet many of its rent payments.

After appointing City advisers in May, the chain is understood to be considering a range of restructuring options. These include a company voluntary arrangement (CVA) insolvency process, which would allow Pret to close unprofitable sites.

Last week, the firm started shrinking its estate by closing two shops, with the loss of 28 jobs in Newcastle and Gateshead, saying the stores were ‘no longer financially viable’.

Pret has raised €100 million (£91 million) in emergency funding from its banks since the start of the pandemic and cut executive pay. But Christou has warned its ‘mid to long- term’ outlook ‘remains very unknown’.

Pret a Manger was founded in 1986 by entrepreneurs Sinclair Beecham and Julian Metcalfe.

The pair made millions by selling large stakes to McDonald’s and then private equity firm Bridgepoint. 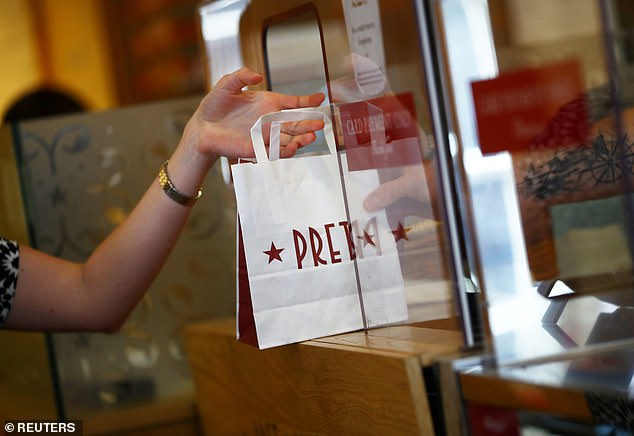 The closures will mean several jobs will be at risk, with the chain understood to be considering a range of restructuring options

By this weekend, Pret had reopened 340 of its shops. Customers in England are now able to eat in some of the larger sites.

More is expected to be known next week. On a video call to staff that was leaked to the BBC, Christou said: ‘We’ll be doing a broader communication to the teams, just talking through the initial work that’s been done on this, so things will start to become clearer from July 8.’

A Pret spokesman said last night: ‘We will update our team members in early July once the plan has been finalised.’

Perrie Edwards & Alex Oxlade-Chamberlain Have Fun In The Sun In Spain!