A NEWLY declassified video shows the world's most powerful nuclear bomb exploding – giving off a blast 3,000 times stronger than Hiroshima.

The Russian Tsar Bomba test was carried out off the coast of Severny Island, near the Arctic Ocean, in 1961 and created an explosion equivalent to 50 megatons of TNT. 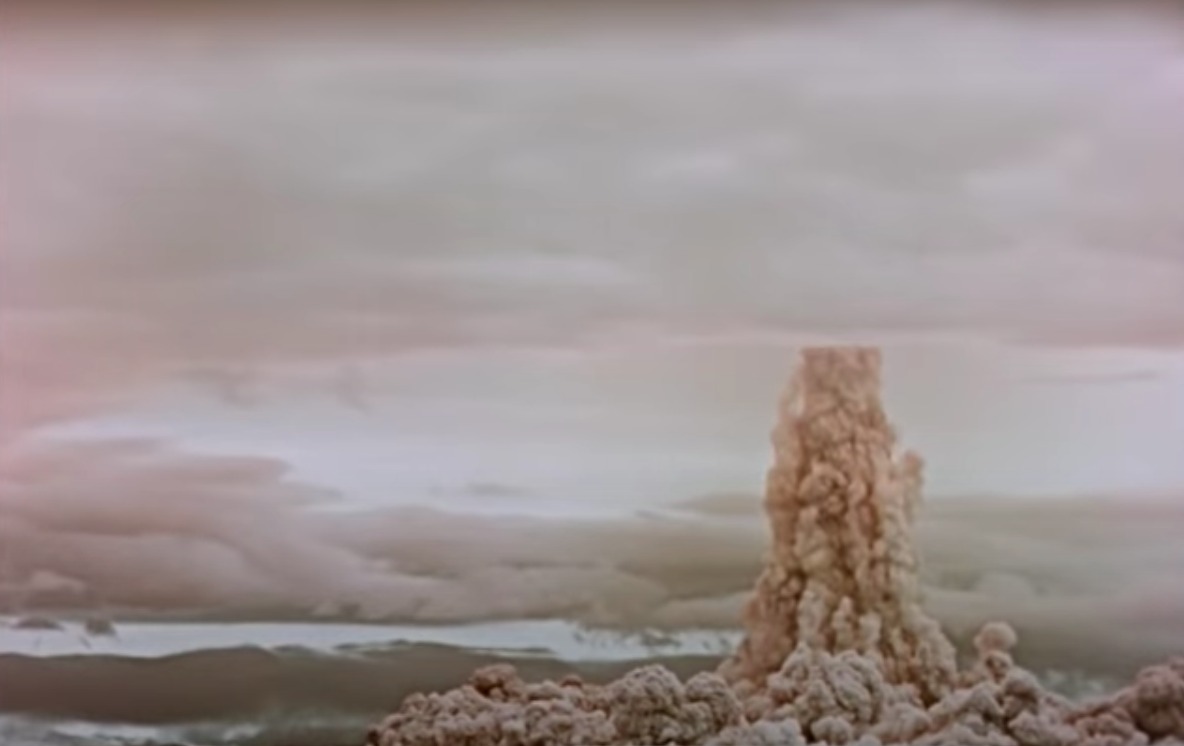 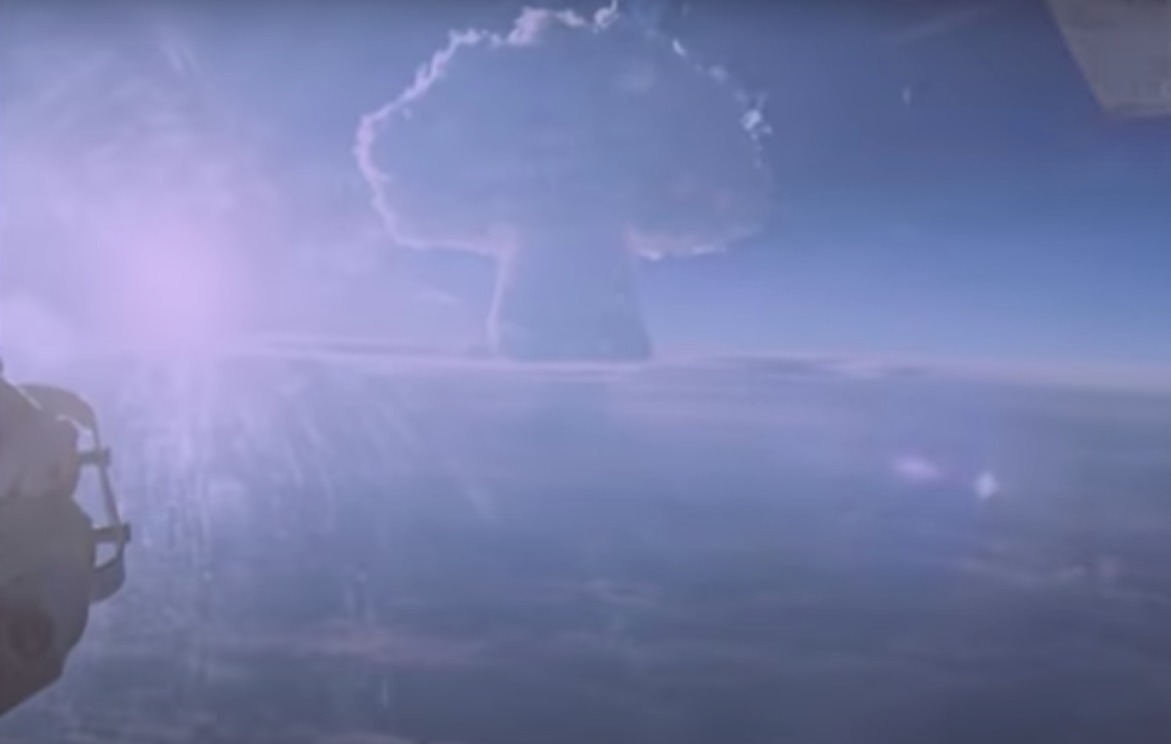 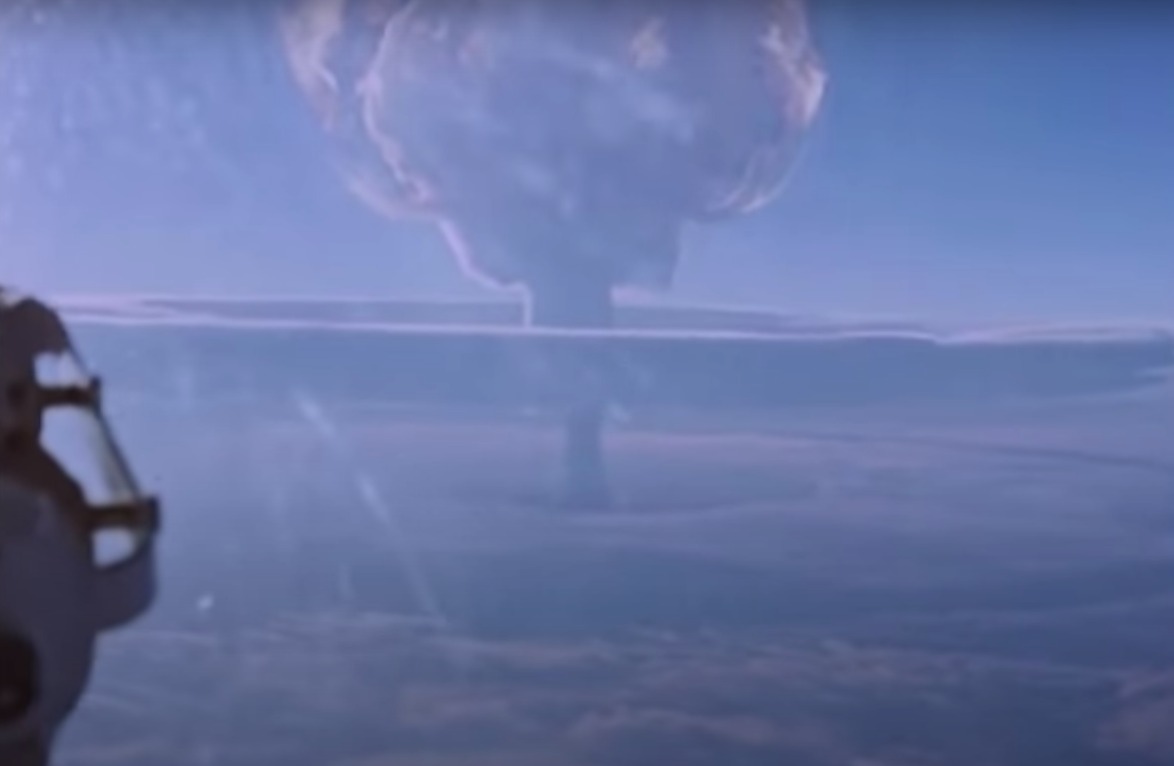 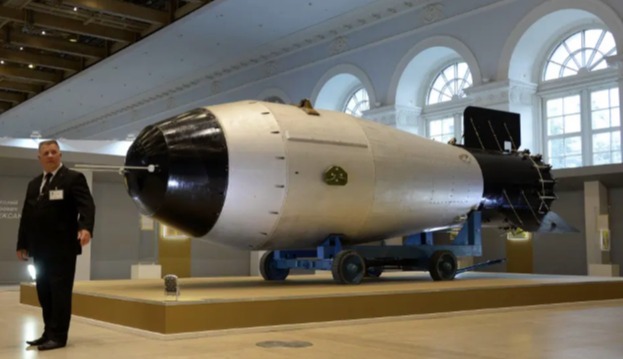 It is still the most powerful man-made blast in history.

Released this month by Russian energy firm Rosatom, to commemorate the 75th anniversary of the nuclear industry, the 40-minute video opens with a caption which reads "Top Secret."

The terrifying footage shows the test which created a giant "dust and dirt column" which reached 42 miles into the sky – seven times the height of Mount Everest.

Seconds before the hellish mushroom cloud, blinding light momentarily blocked out the camera's visibility before the ungodly blast.

The explosion was 3,333 times stronger than the US bomb dropped on Hiroshima, Japan, which killed an estimated 140,000 people and effectively ended World War II.

To put that in context, the recent blast which ripped through Beirut was estimated to have had one-tenth of the strength of the Hiroshima nuke.

Incredibly, the Tsar Bomba blast radius was 21 miles although buildings in the military of Severny were destroyed 34 miles away due to the weapon's immense power.

Windows were cracked up to 560 miles away from the explosion, it has been reported. 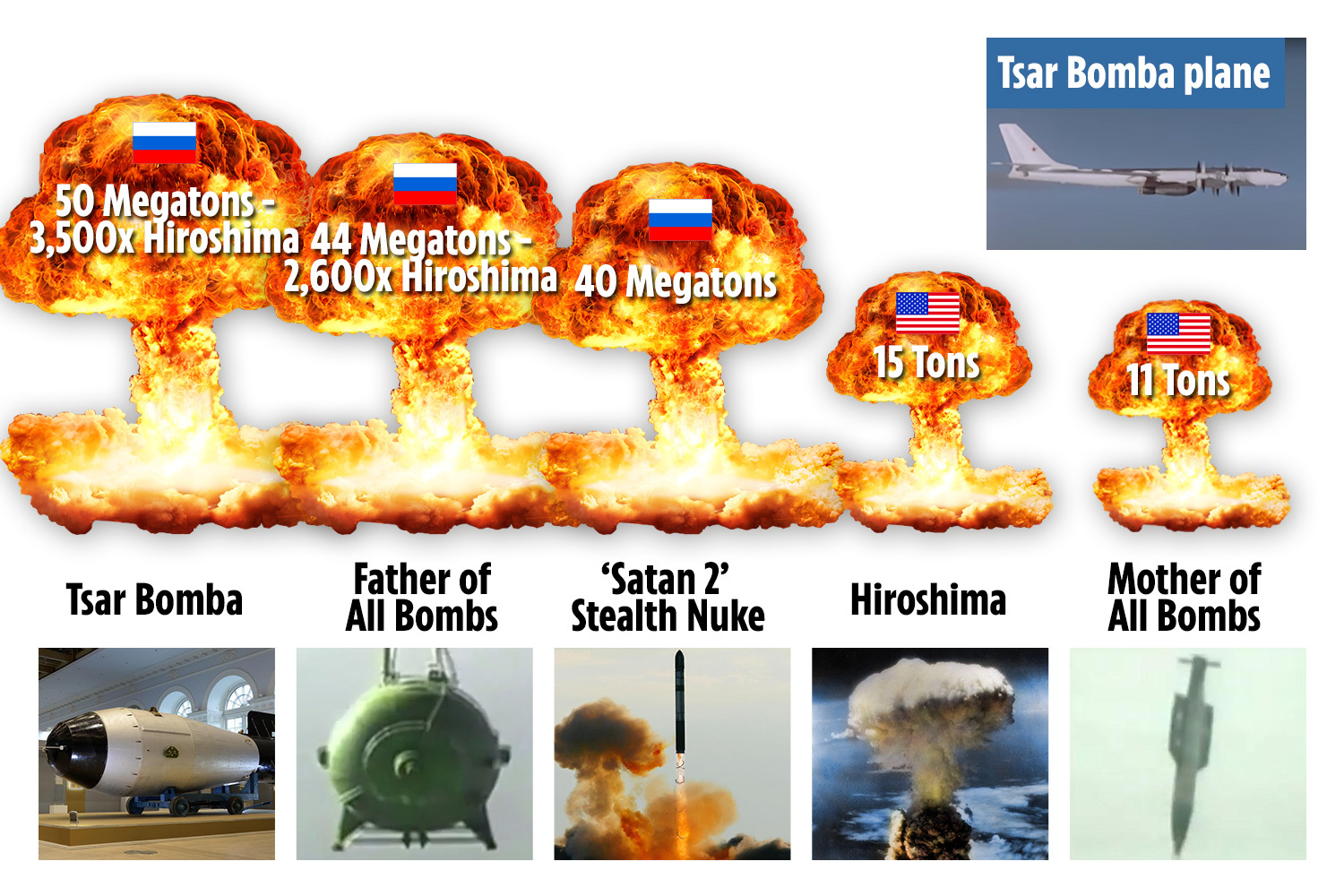 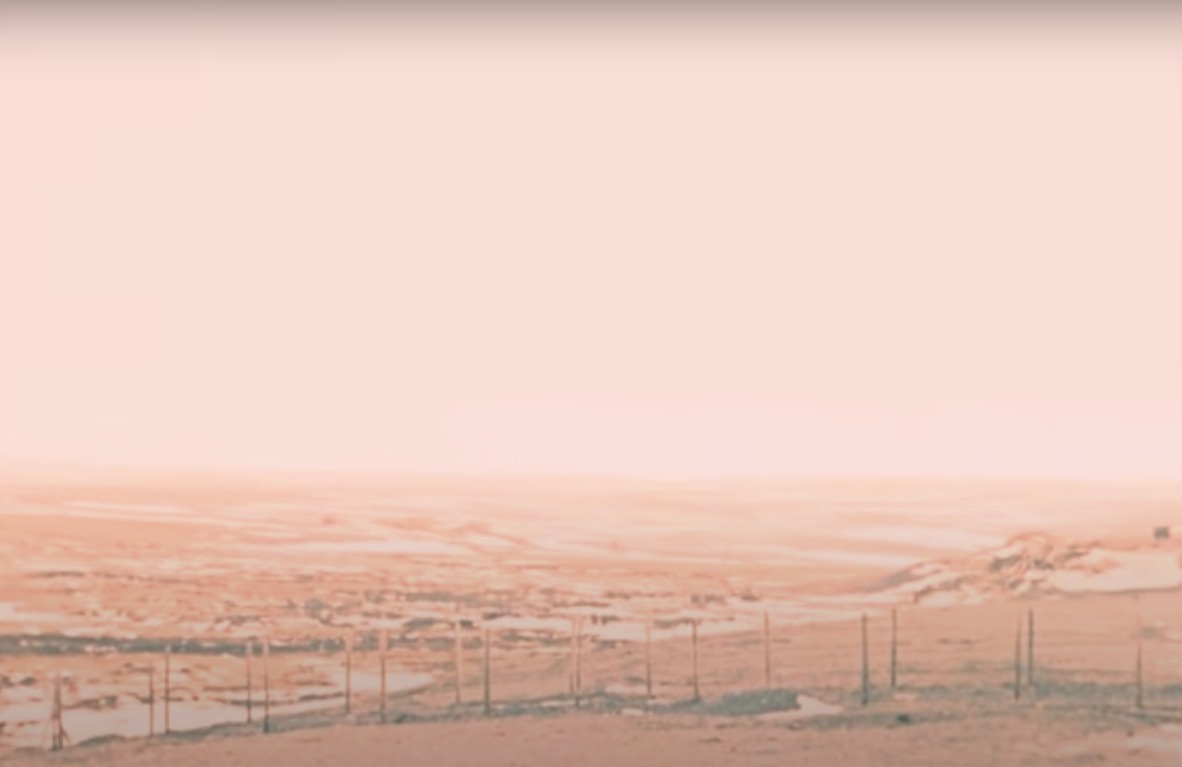 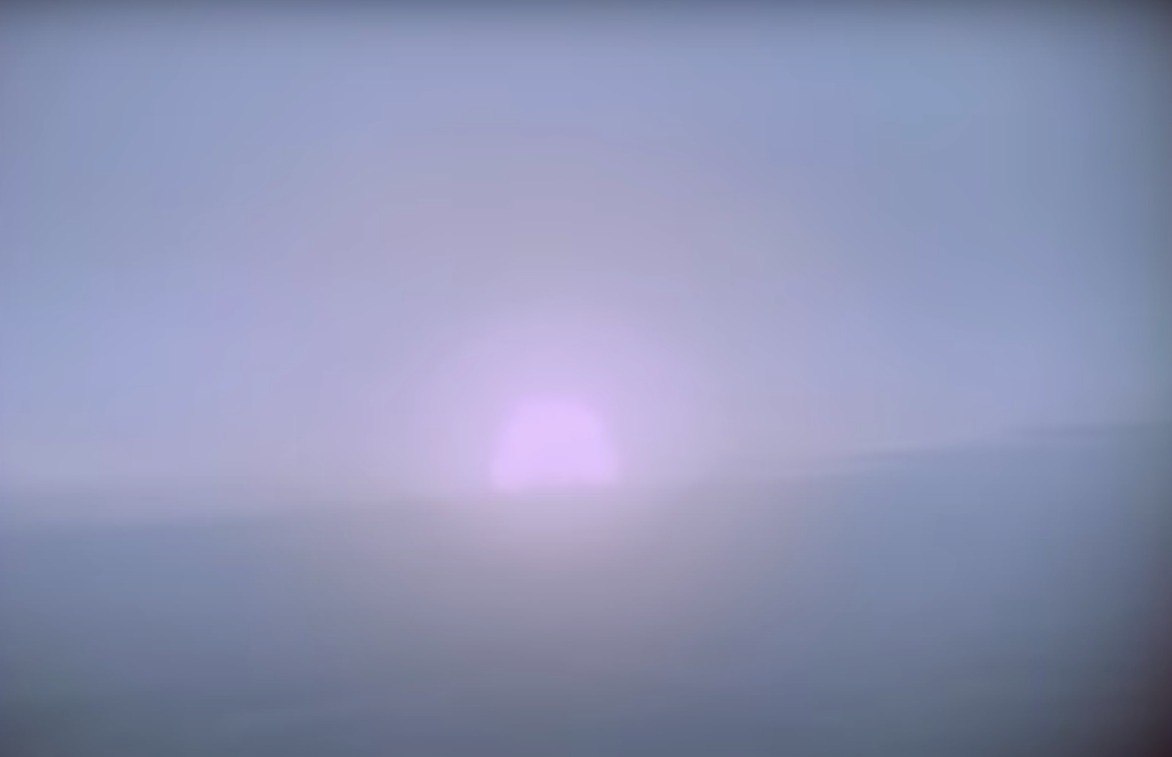 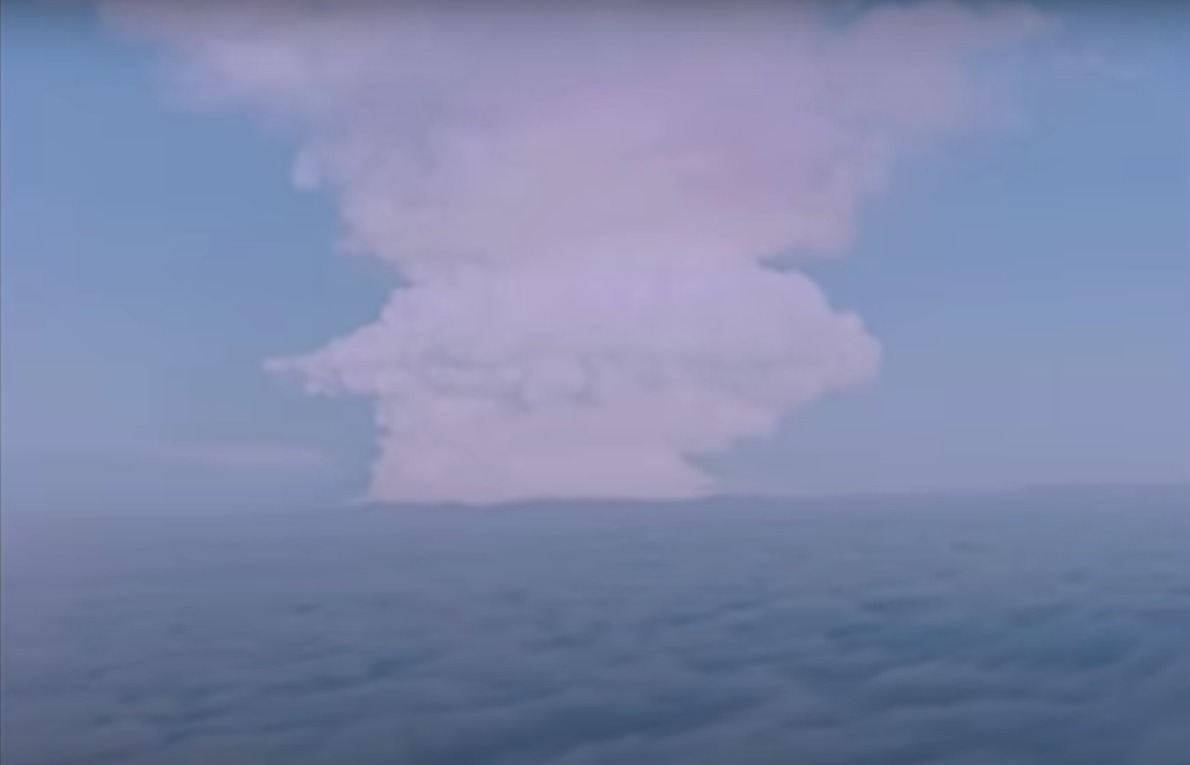 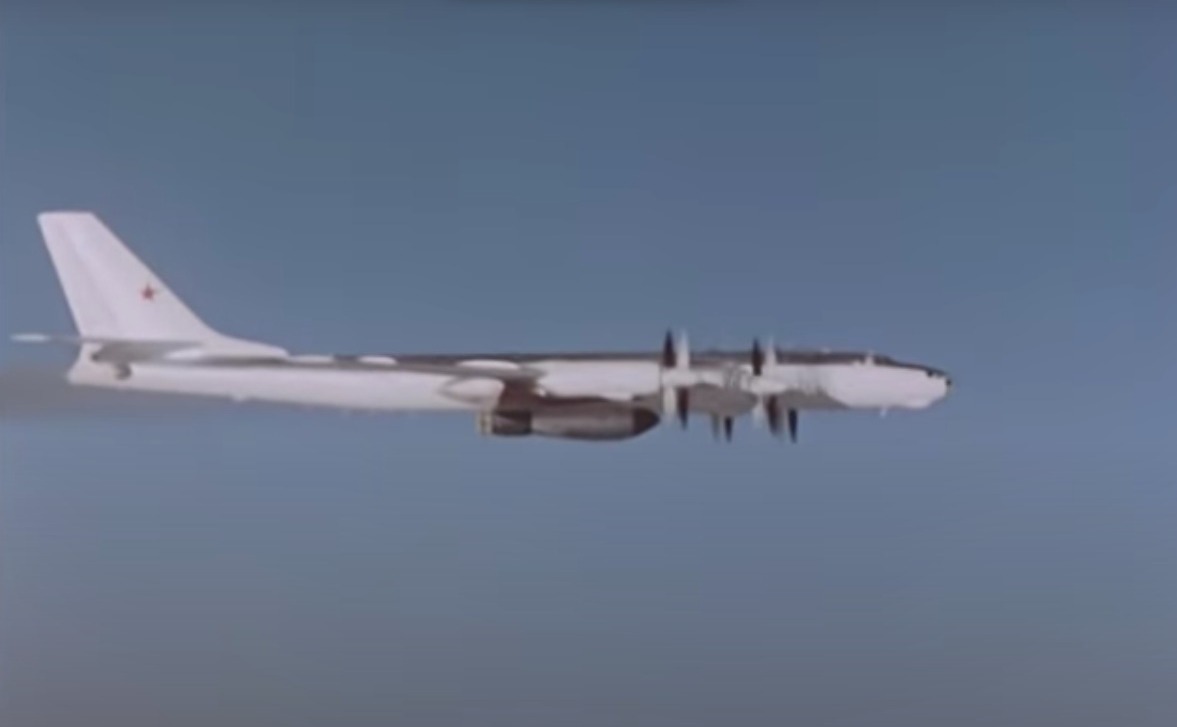 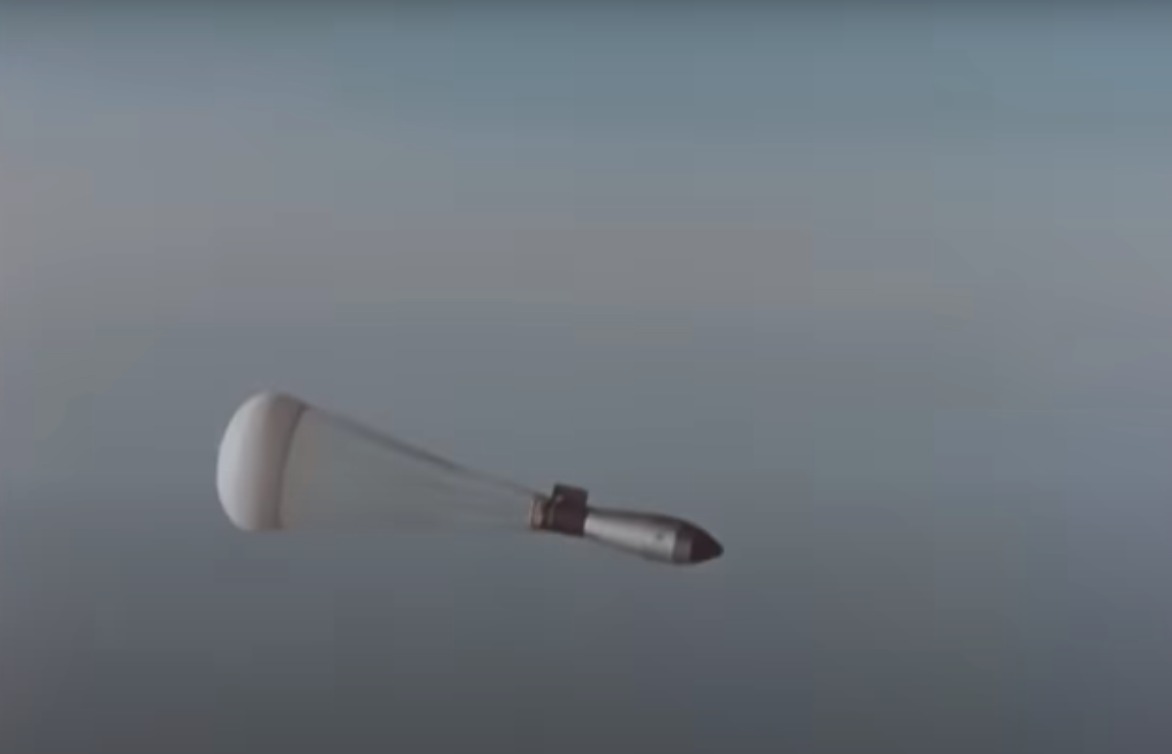 The Tsar Bomba itself weight 27 tonnes and was eight metres in length.

It was detonated 2.4 miles above ground.

According to the Soviet documentary, the plane used to drop the bomb had a parachute attached which allowed it enough time to fly away.

It was still hit by a giant shockwave while it retreated.

The bomber jet was also coated with reflective white paint to protect it from the huge amounts of radiation caused in the explosion.

Above-ground nuclear tests were banned after the Tsar Bomba after the Soviets signed a treaty with the US and UK agreeing that future blasts would be carried out underground.