A MOM was zapped with a Taser and arrested for not wearing a mask at a middle school football game on Wednesday.

Alecia Kitts was arrested on school bleachers in front of her crying kids in Logan, Ohio. 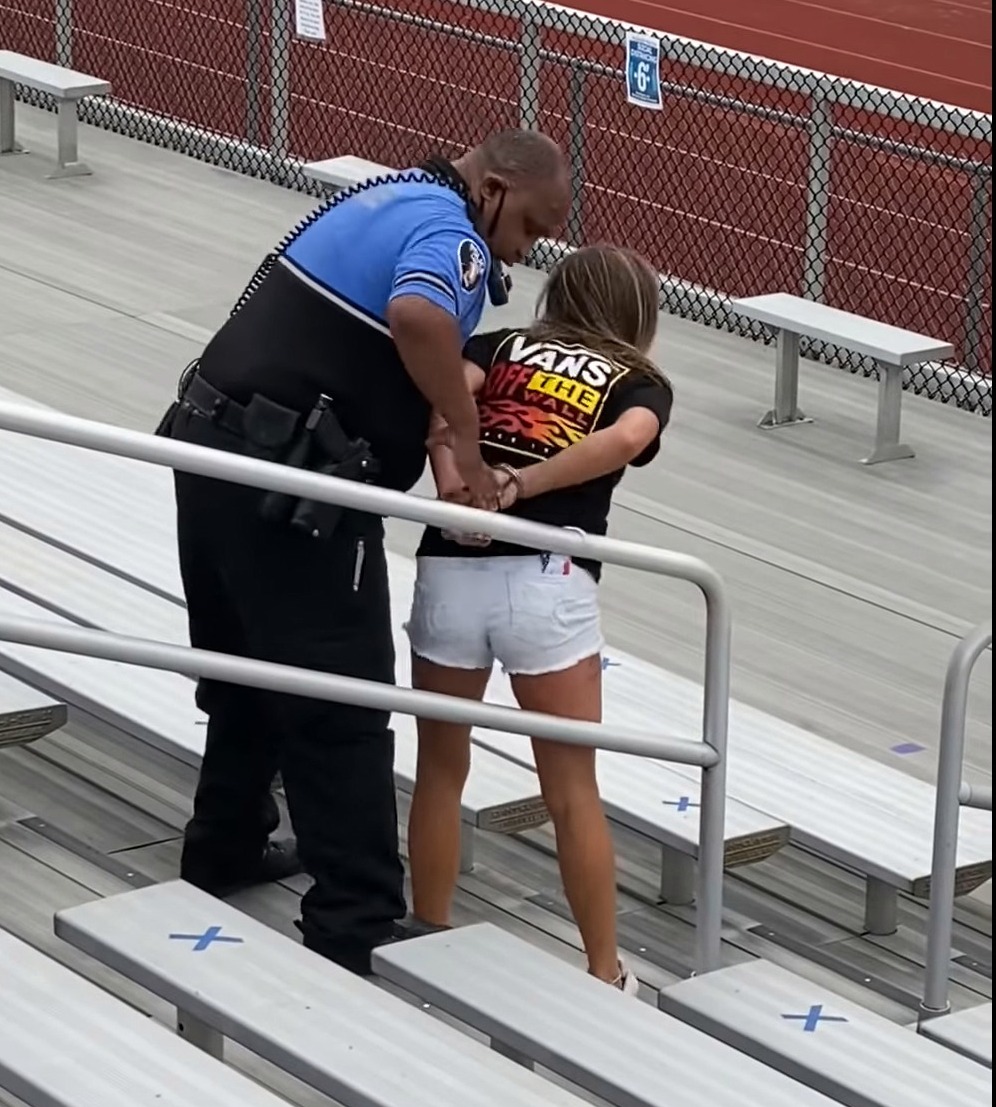 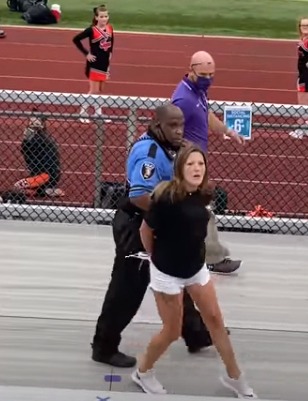 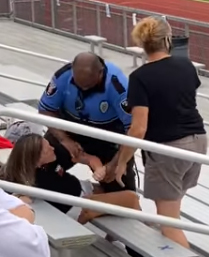 Footage of the incident – which was shared to YouTube on the day of the arrest – has since obtained more than 225,000 views.

The video shared to YouTube was nearly four-minutes long.

A separate video was also shared to social media in an effort to launch a complaint against the Logan Police Department.

Kitts, a parent of children at Marietta City Schools, is seen on camera resisting arrest.

Her refusal to obey the school district's policies and follow the police officer's orders led to her getting zapped with a Taser.

During the arrest, Kitts told the officer: "You're not arresting me for nothing.

"I ain't doing nothing wrong." 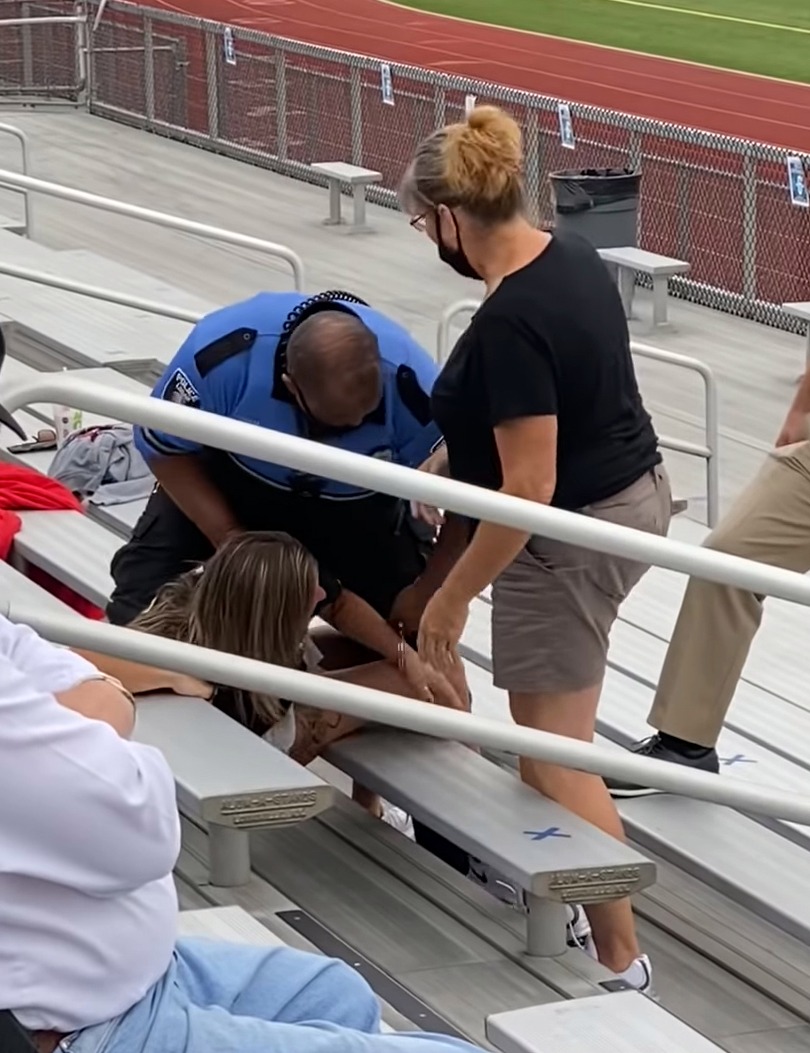 After multiple attempts to make Kitts comply, the officer deployed his Taser – prompting a scream from the unruly mom.

As Kitts was handcuffed, she looked around and yelled: "This is bulls**t."

Schultheiss reportedly said the mom was asked by the junior high school's assistant principal to wear her mask – but she didn't comply.

She said that out of the 300 fans in attendance at the eighth-grade football game on Wednesday, the alleged mom and grandmother in the footage were the only ones "having issues." 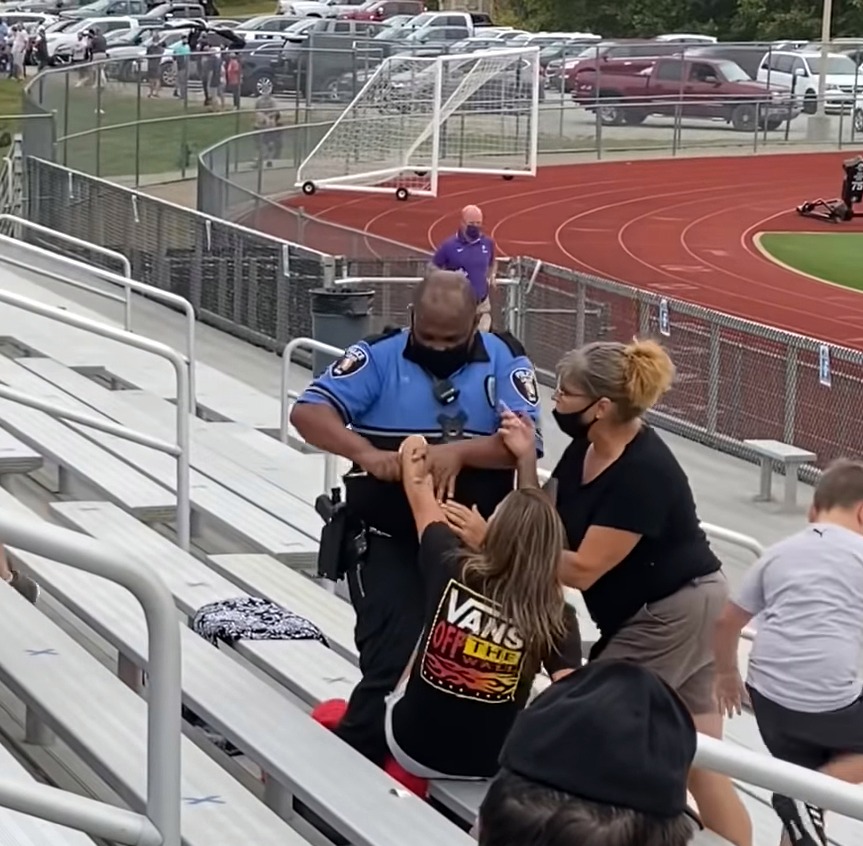 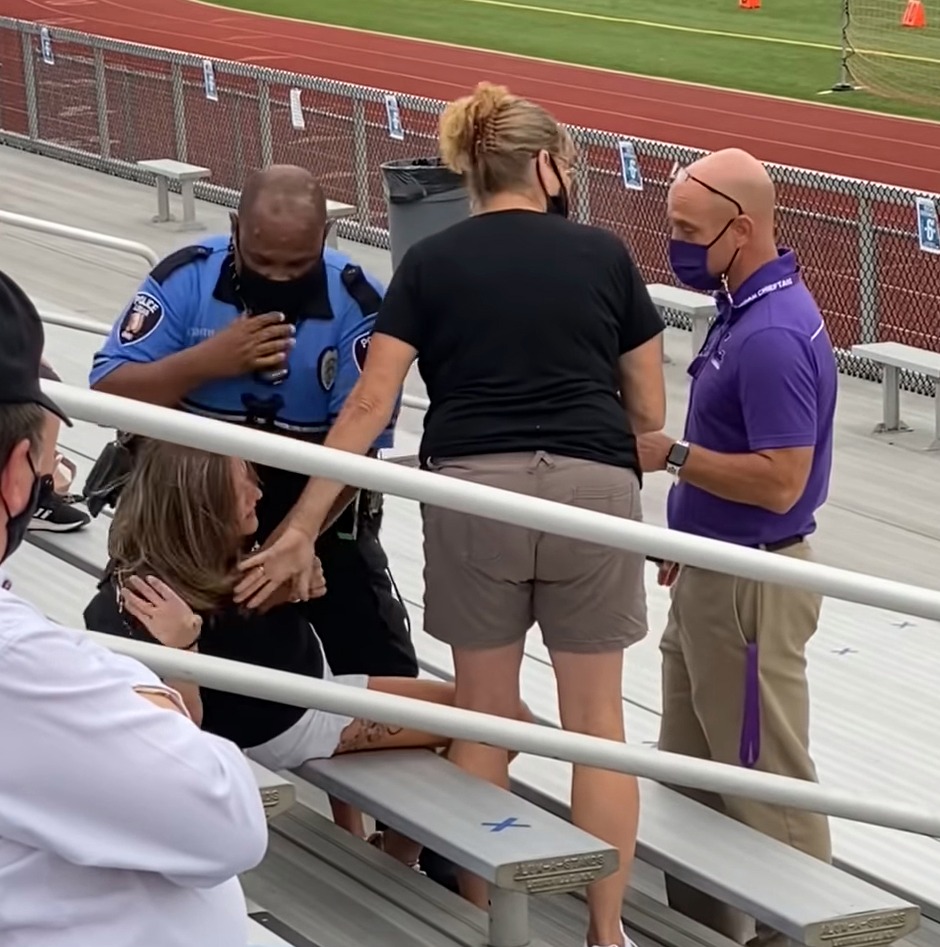 The grandmother was also seen in the footage attempting to stop the officer from following through with the arrest.

According to Schultheiss, the mask rule has been in effect since the teams were allowed to play.

“Everyone that came through ticketing tonight was reminded, we had regular announcements over the PA reminding you that mouths and noses needed to be covered and we had signs at the bathrooms," she added.

Following the game, Venderlic said: "I’m grateful that it didn’t happen in Marietta, but it saddens me that it was Marietta that caused it in Logan.

“As athletic directors, we’ve talked about this too and the biggest challenge about dealing with visiting fans is people behave much better at home than when they’re on the road.”

"If you chose not to (wear a mask) then you threaten not only our ability to have sports but put your ability to watch as a spectator in jeopardy as well.”

The news outlet revealed that the incident remains under investigation by the Logan Police Department.