A lobbying firm with close links to the Chinese government has gained access to influential Establishment figures, including George Osborne and Prince Andrew, an investigation by The Mail on Sunday can reveal.

Hampton Group, which has its HQ near St Paul’s Cathedral in Central London, was founded by a former Chinese government official.

It also had a three-year commercial relationship with a PR firm in Beijing whose clients include China Central Television, the state broadcaster accused of pumping out government propaganda, and the 48 Group Club, a group of business and political figures in favour of closer ties with China.

Until now, Hampton’s work – and the web it has spun between Beijing, Westminster and Royal palaces – has gone unnoticed. 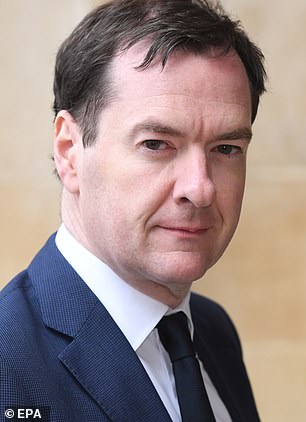 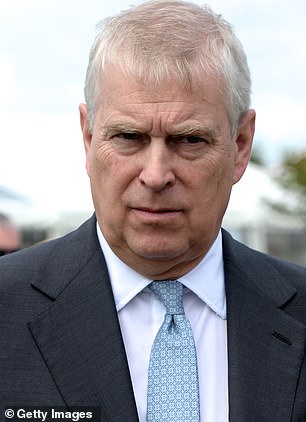 A lobbying firm with close links to the Chinese government has gained access to influential Establishment figures, including George Osborne (left) and Prince Andrew (right)

But MPs last night claimed its activities, while legitimate and lawful, provided further evidence of ‘subtle and troubling behaviour by China’.

Former Tory Minister Tobias Ellwood said: ‘What is really concerning is the way China is subtly infiltrating areas of influence.

‘We have to be very worried about how the regime is manipulating Britain’s important areas of interest using these kind of tactics.’

The revelations follow claims in a book called Hidden Hand: Exposing How The Chinese Communist Party Is Reshaping The World that the 48 Group Club has become a networking hub ‘through which Beijing grooms Britain’s elites’. 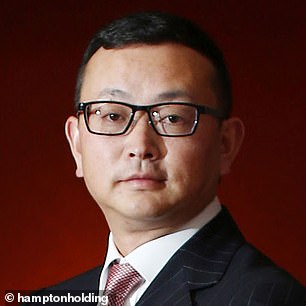 Hampton was set up in 2005 by Chinese businessman Yang Tengbo, who goes by the more anglicised name of Chris Yang

The club insists it is independent and acts purely in the UK’s national interest.

Hampton was set up in 2005 by Chinese businessman Yang Tengbo.

After graduating from the University of Yunnan in 1995, he spent seven years working for the Chinese government, according to a BBC profile, before studying public relations at York University.

In 2014, Mr Yang – who goes by the more anglicised name of Chris Yang – arranged the first UK-China Business Leaders Summit, where he was photographed with then chancellor George Osborne.

He is not the only senior Hampton executive with close links to China. Jean Jameson, its senior vice-president, is UK secretary-general for the Chinese arm of [email protected] Palace, the organisation established by Prince Andrew in 2014.

Mr Yang and Alistair Michie, an adviser to the firm and an ex honorary secretary of the 48 Group Club, were pictured with the Prince at a Windsor Castle event.

Last night, Hampton said: ‘We have never lobbied UK politicians or public figures about China on behalf of the Chinese government.’