Grandmother, 83, wins bravery award after she fought off armed robber by going ‘hell for leather on him’ with her WALKING STICK

An 83-year-old grandmother has won an award for bravely fighting off a burglar and hitting him with her walking stick.

June Turner was the winner of the 2020 Single Act of Bravery in the Amplifon Awards for Brave Britons after a thug stormed in demanding cash at the newsagents she was running.

The award recognises someone who displays courage and may have put their own life in danger to save the lives of others.

The grandmother-of-three has run her shop AJ and J Newsagents for 45 years and was behind the counter when an intruder burst into the shop at 6.30am on September 3 last year. 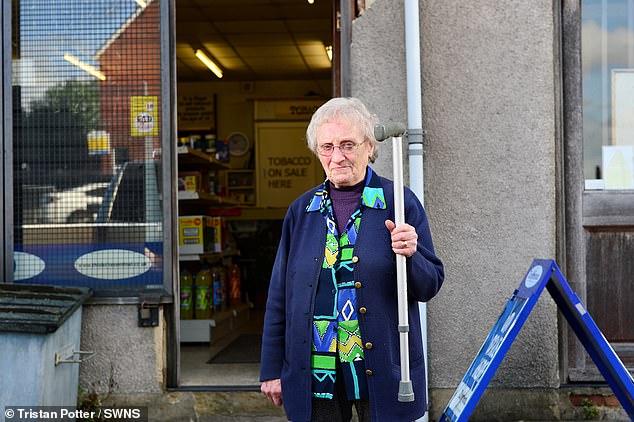 CCTV footage captured brave June jabbing the thug, who was draped in a blanket, with her aluminium stick before clobbering him over the head as he went for the till.

After shoving the OAP to the ground, the intruder then fled with just £50 and six packs of cigarettes. He was later arrested and jailed.

‘I never thought I would get that,’ June said after winning the award, ITV News reported.

On September 5 last year, June revealed that she was prepared to defend her family business ‘by any means necessary’.

She said she was determined not to let the robber get away with their hard-earned takings.

Incredibly, she was back behind the till just half an hour later after being checked over by paramedics and suffering a black eye and bruising to her arm. 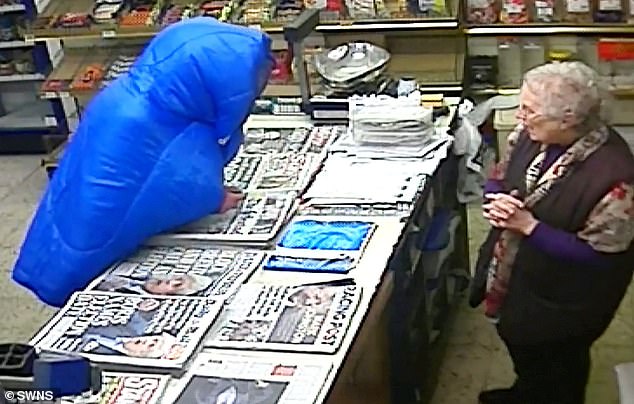 CCTV footage captured the intruder, who was draped in a blanket, coming into the shop at 6.30am on September 3 last year

Mother-of-one June, of Hanley, said: ‘I acted on instinct really. I thought there’s no way he’s having the money we work so hard to make.’

She added: ‘I thought it was some sort of set-up but then he came up to the counter and said ”I want your money”.

‘I said ”you’re not having my money” and with that he came round the back of the counter and got some money from the till. 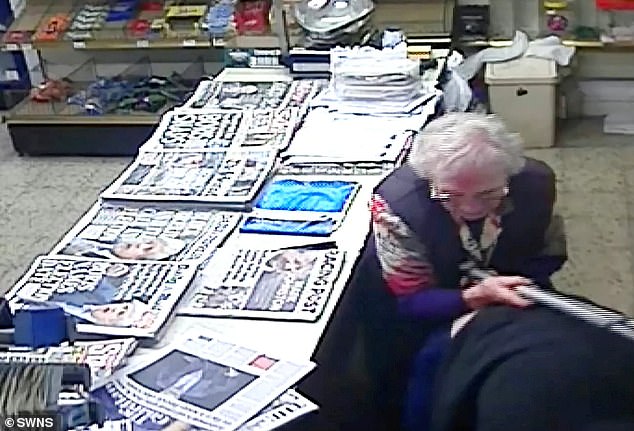 ‘I saw him with a £20 note in his hand and then I couldn’t find the panic button so I got my stick and I really belted him with it. I went hell for leather on him.

‘Then he opened the cigarettes and they were all on the floor. I nearly had the shirt off his back but he pushed me to the floor and then he rushed out like the clappers.’

June, who used to work for a tile firm before taking over the shop in 1974, remained on the floor until a regular customer called Craig came in and dialled 999.’ 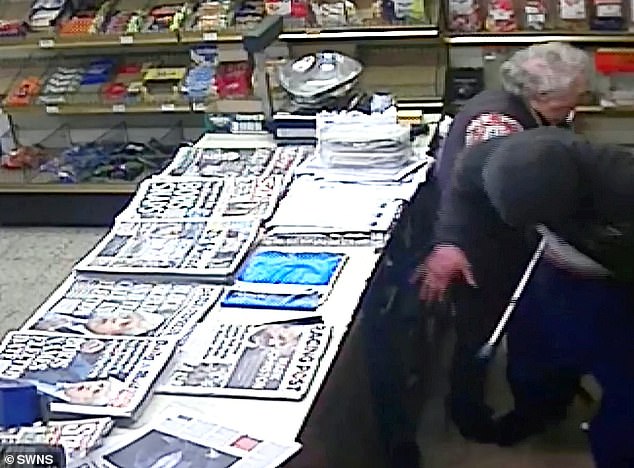 After shoving the OAP to the ground, the intruder then fled with just £50 and six packs of cigarettes