A BLACK man filmed being being beaten by cops has insisted he didn't provoke the officers and was "suffering from anxiety" during his arrest.

Eugene Martindale III claims a cop in Long Beach, California, applied excessive force as he was taken into custody, his attorney's revealed on Tuesday. 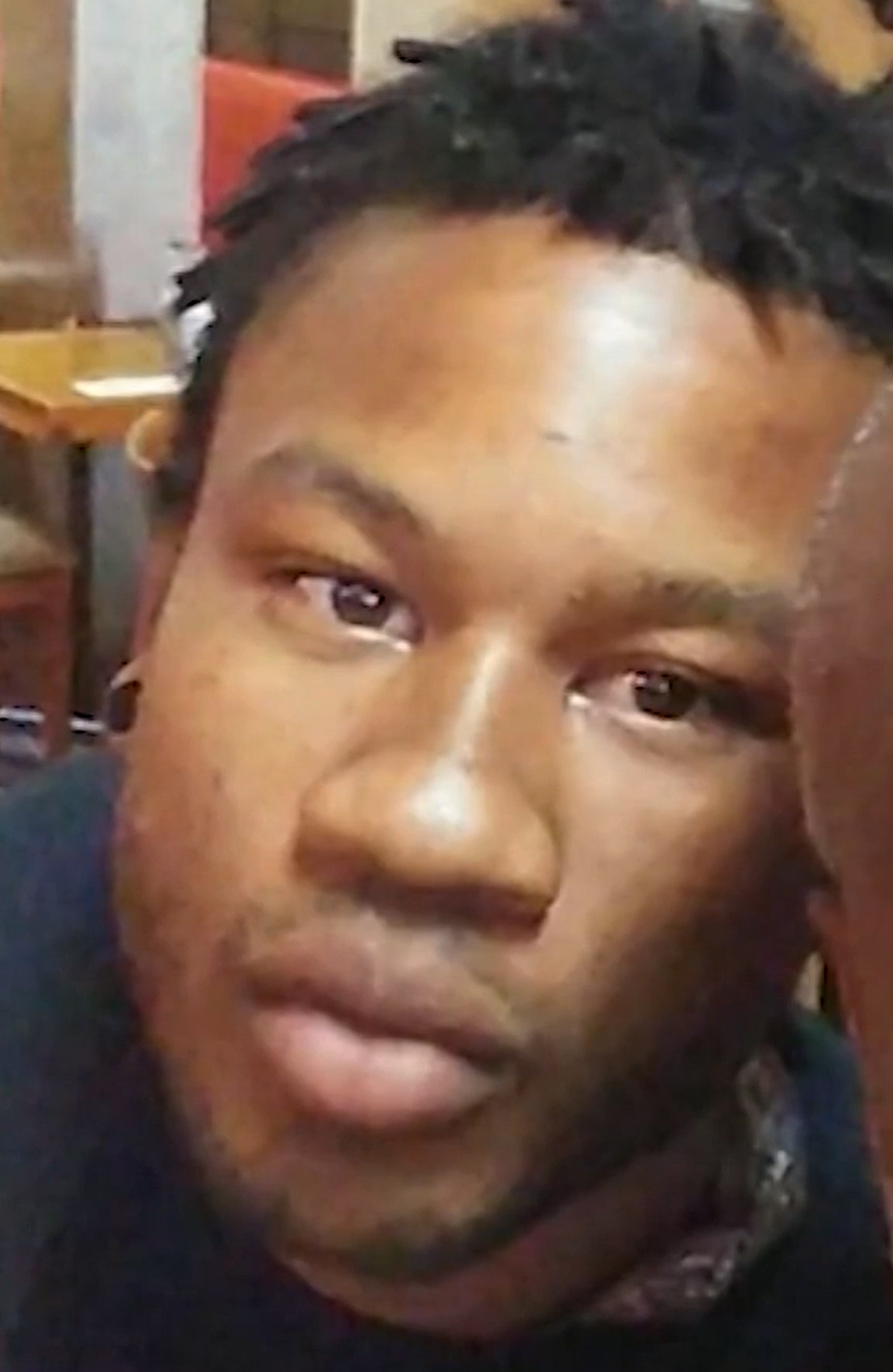 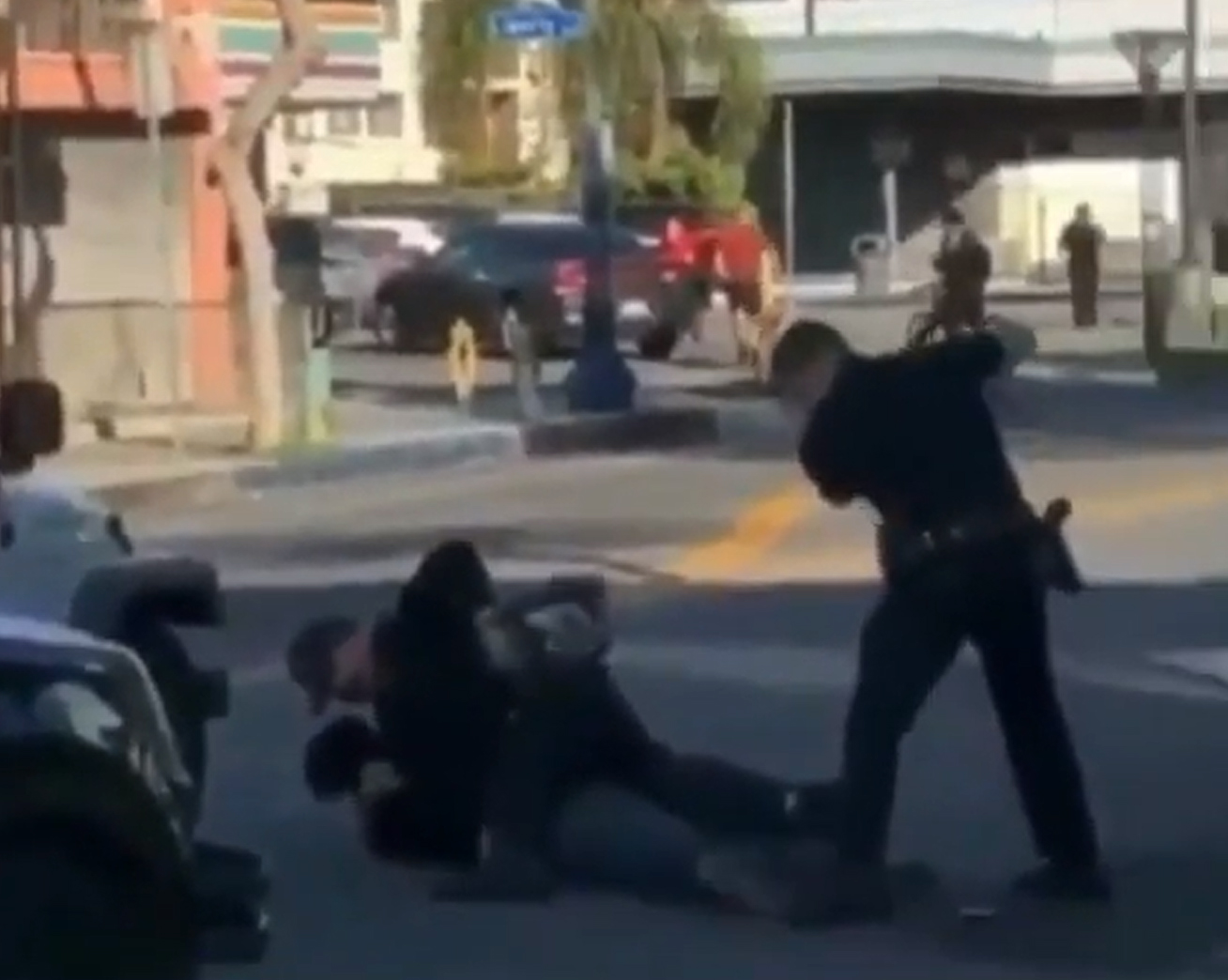 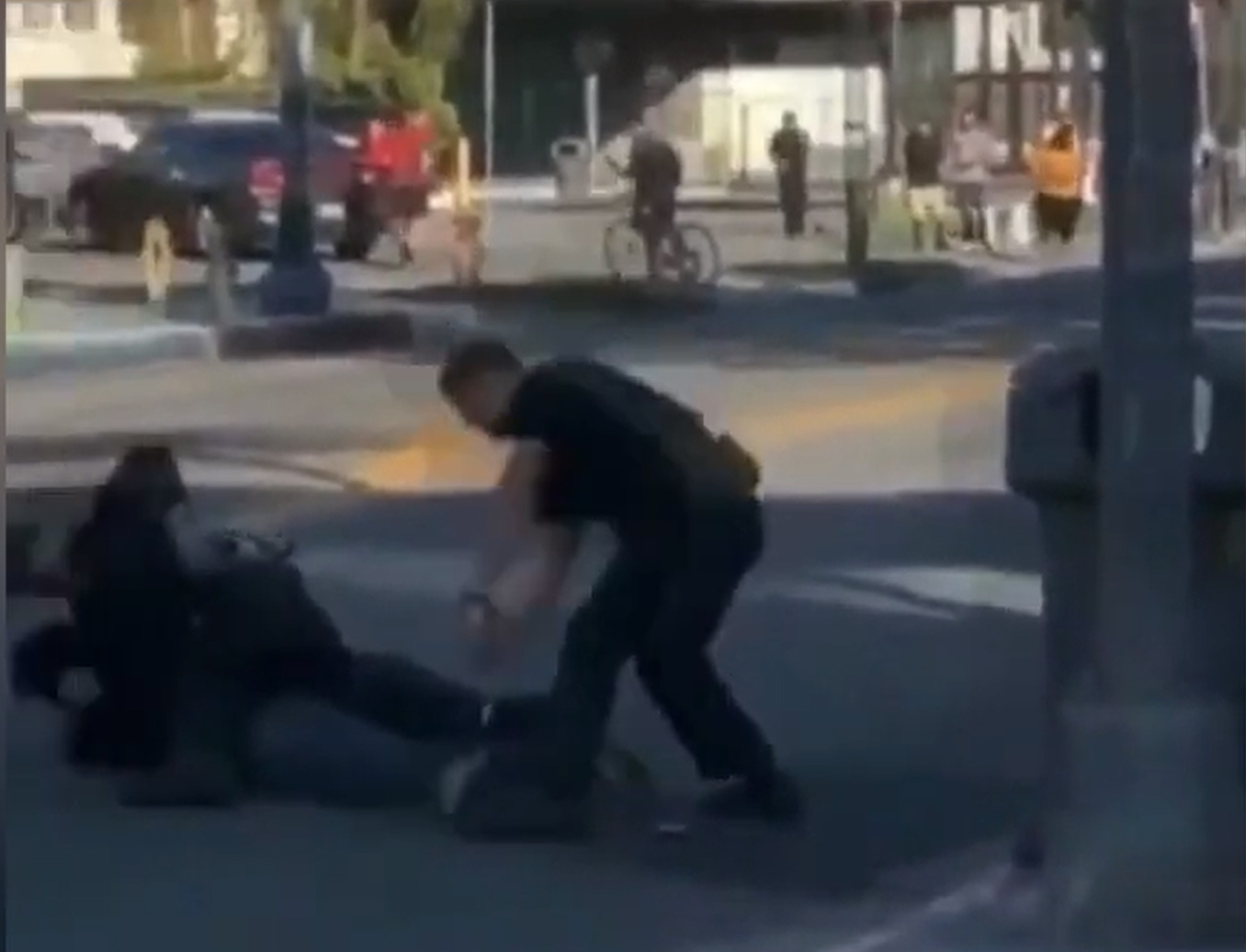 Footage from the incident on February 15 shows 25-year-old Martindale getting struck repeatedly with a baton during the arrest.

The 42-page lawsuit, filed on Tuesday and obtained by KTLA, claims that Martindale was suffering from a mental health crisis on the day of the arrest.

“Martindale is African American and has a mental disability which at times causes him to seek assistance from bystanders to call his father to pick him up,” the suit – which was filed in District Court for the Central District of California – alleges.

The excessive force complaint alleges that Martindale was put in a “painful wrist lock,” despite telling officers: “I’m not trying to resist arrest!"

It also stated that another cop "pinned Martindale down and placed him in a carotid control hold." 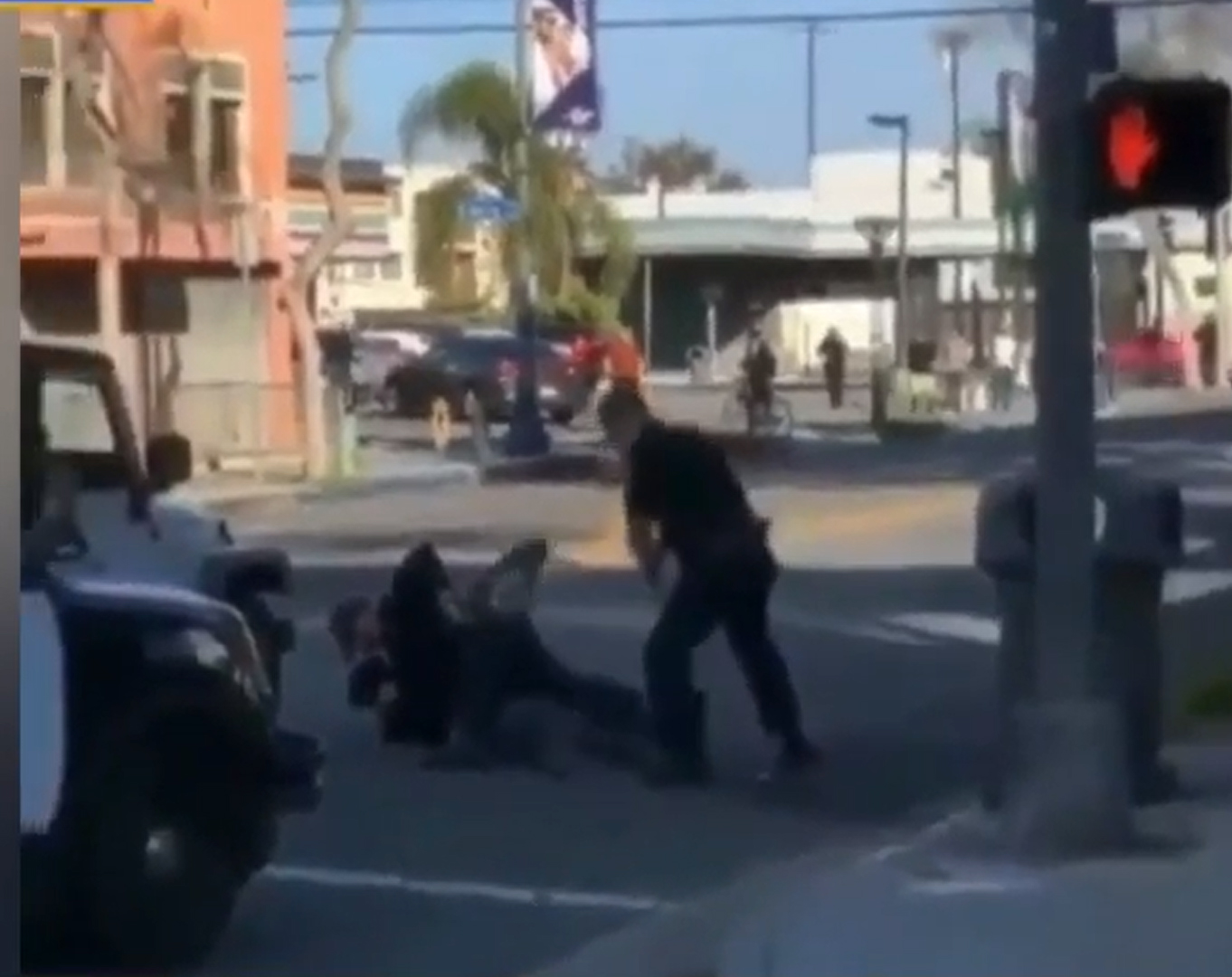 The hold prompted Martindale to say: “I can’t breathe!”

Martindale's dad, Eugene Martindale Jr., said at a news conference that his son does not own a cell phone or a car.

He also recalled being "sick to his stomach" just thinking about the video of his son's arrest.

Martindale is suing Long Beach police officers, the city of Long Beach, and the 7-Eleven security guard who shocked him with a Taser before police arrived.

The 7-Eleven guard thought Martindale was trying to steal a vehicle parked in front of the store, according to reports. 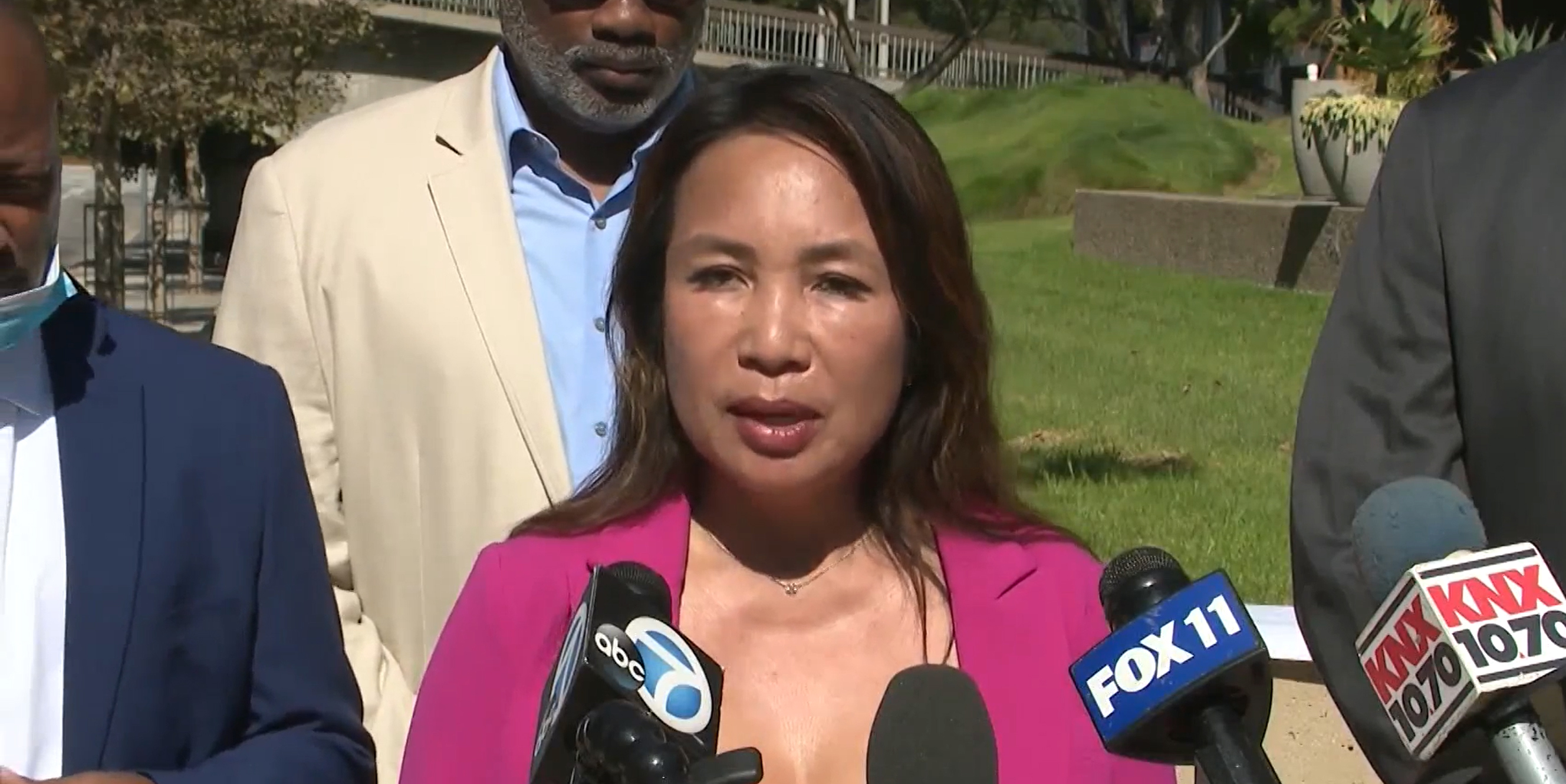 Police said the footage – which was taken by a witness – did not capture the events leading up to when force was used.

Martindale did not comply with police after verbal commands were made, the Press Telegram reported.

Long Beach police said in a statement: “The Police Department understands that this use of force incident raises concerns in our community.

“We take every use of force incident seriously and each incident undergoes a robust review at many levels within the chain of command.”

Officers had been called to the scene after a man was "being disruptive," "climbing on vehicles" and "attempting to gain entry into both empty and occupied vehicles.”

According to the Press Telegram, Martindale made a plea deal on February 27.

Officials revealed he was sentenced to three years probation, one year in prison, and needed to join a mental health program.

As Attorney Toni Jaramilla announced the suit, she said: "Once again, we have an unarmed Black man, who was brutalized by law enforcement.

“Mr Martindale’s case shows that even if you cooperate, you place your hand in surrender position to show you have no weapons, you drop to the ground as told, you don’t resist – law enforcement may still beat you for no apparent reason, other than perhaps the color of your skin.”

According to KTLA, the suit is seeking "unspecified damages, alleges excessive force, negligence, unlawful arrest and intentional infliction of emotional distress, among other issues."