Sir Keir Starmer has come under fire after his predecessor, Jeremy Corbyn, was suspended from the Labour over his response to an EHRC report on anti-Semitism within the party. Sir Keir insisted he spoke out about the party’s response to accusations of anti-Semitism as he committed to “rooting out” the issue. However, he was later put on the spot as he was asked why he continued to serve in Mr Corbyn’s Shadow Cabinet despite his opposition to the Labour leader’s handling of ant-semitism.

Good Morning Britain host Ben Shephard pointed out Sir Keir “did not resign” despite the decision “resonating further” than any public opposition he could have made.

The Labour Party leader said he accepted responsibility for the damning findings of the EHRC but defended his decision to remain in his post because of the Brexit crisis. 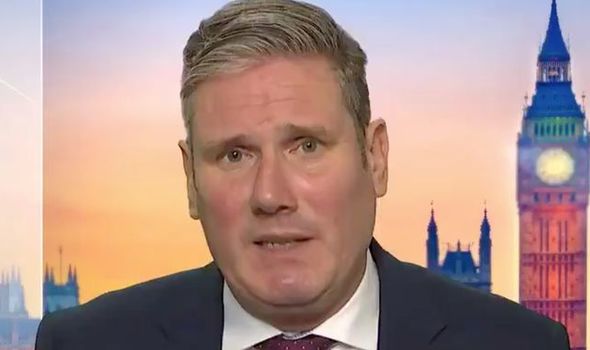