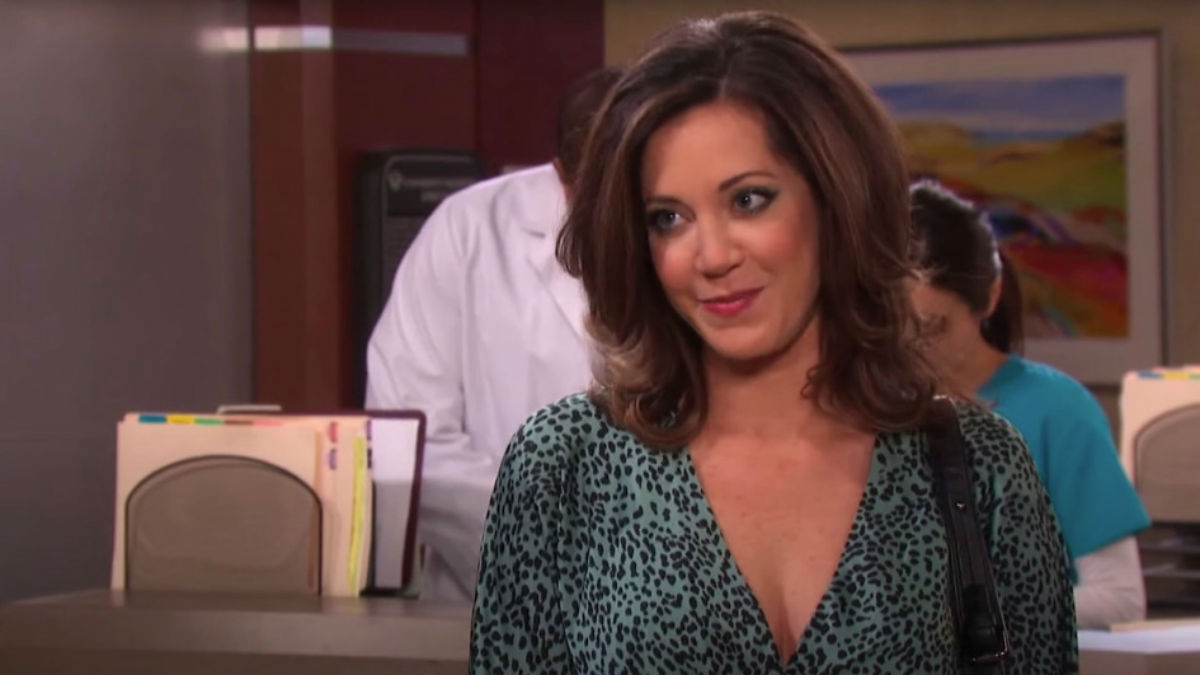 Who is Jan Spears on Days of our Lives? That is the question many fans of the hit NBC soap opera are asking.

The fall preview video for the daytime drama revealed Jan Spears (Heather Lindell) is returning to Salem. Jan did a lot of damage during her time in Salem.

Jan most recently appeared with Belle (Martha Madison), Shawn (Brandon Beemer), Philip (Jay Kenneth Johnson), Chole (Nadia Bjorlin), and some of their other classmates in the digital series, The Last Blast Reunion.

In honor of her return, and what will no doubt be more troublemaking on her part, here’s a little refresher on Jan.

Jan Spears is the rich girl whose parents weren’t around that much, which gave her plenty of time to get in trouble. She was first introduced as part of the rich kid gang featuring Philip and her boyfriend, Jason (Aaron Van Wagner).

Along with Mimi Lockhart (then Farah Fath), Jan tortured Chloe. They even set up a camera to take pictures of Chloe in the shower and displayed the photos at The Last Blast dance. After facing the consequences for their actions, Mimi ditched Jan to become pals with Chloe and rekindle her friendship with Belle.

Jan was left with only Jason on her side once Philip fell for Chloe, who went from Ghoul Girl to a hot girl. However, Jason’s abusive ways led Jan into the arms of an older man, Paul Mendez (Eddie Velez), who promised to make her a star.

Paul eventually raped Jan, getting her pregnant. Shawn found Jan immediately following the rape and agreed to keep her secret. He even agreed to say the baby was his and marry her, devastating Belle. The truth came out when Jan lost the baby and left Salem for a year.

The second time around

When Jan returned, it was revealed her parents were killed. Jan managed to convince everyone she was just fine by seeking therapy from Marlena (Deidre Hall). In reality, though, her obsession with Shawn was at an all-time high.

Jan’s main goal was to get Shawn all to herself. She enlisted Nicole’s (Arianne Zucker) help in making her dream come true.

In return, Nicole wanted Jan to help her kill her then-husband, Victor (John Aniston). Jan, not Nicole, threw the radio in the bathtub in an attempt to off Victor.

Once upon a time I was on this soap opera you may have heard of called “Days of Our Lives”. Download the DOOL app to see this crew come back together again. #daysofourlives #dool #lastblastreunion #lastblastcrew #days #soapopera

Once upon a time I was on this soap opera you may have heard of called “Days of Our Lives”. Download the DOOL app to see this crew come back together again. #daysofourlives #dool #lastblastreunion #lastblastcrew #days #soapopera

Once she managed to split up Belle and Shawn, Jan kidnapped him. She held him hostage at her family’s country home. Jan tortured Shawn with photos of Belle getting chummy with Philip. Shawn escaped but got into a motorcycle accident that left him with a massive brain injury.

Much to Jan’s delight, Shawn’s brain trauma left him in love with her. Their happiness was short-lived. Mimi found out Jan once held Shawn prisoner. Jan blackmailed Mimi, but a fight between the two women left Jan in coma, and Mimi on the hook for hurting her

Jan miraculously woke up before the Last Blast Reunion in New York City last year. She kidnapped Shawn again and almost blew up the reunion, but her classmates stopped her. The last time fans saw Jan, the cops were hauling her off.

Now she is back in Salem as Sami’s (Alison Sweeney) key witness to prove Nicole is unfit to raise baby boy Horton. Fans know she won’t return to Salem without doing some kind of harm to Shawn and Belle.

It is going to be an exciting fall with Jan Spears on the loose!

Days of our Lives airs weekdays on NBC.