The Haunting of Bly Manor wasn’t that hard to understand, although it is layered enough that you can still miss things. It’s a show that deserves a second watch, but, again, the bulk of everything is pretty clear.

However, there are a lot of lingering questions, because the world is so rich and complex. And one of those is how ghosts inhabiting a body works. Because it seems like different spirits had different rules. And they definitely do. [Spoiler alert: Spoilers ahead for The Haunting of Bly Manor]. 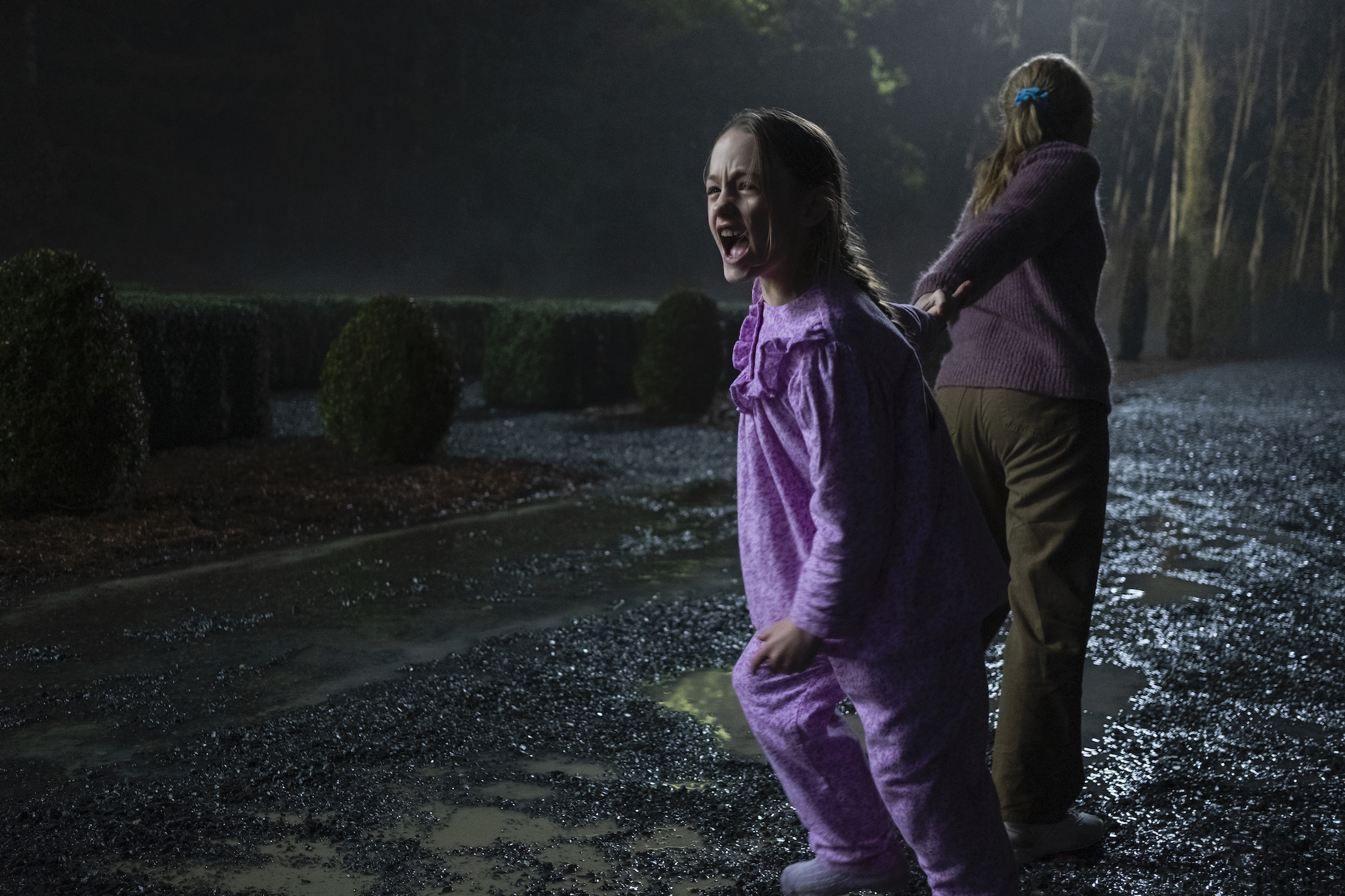 It wouldn’t be a ghostly Gothic Romance without the ghosts. In The Haunting of Hill House, it almost became a game to search for all of the hidden gems in the background. Also, that season was just genuinely scary.

This season was a lot more subtle about the ghosts, although there were plenty creeping in the background. But there was also a lot more upfront and in the viewers’ faces.

For instance, from the beginning, something was possessing Miles. It then became obvious that Peter Quint was behind that. While he was a ghost, it then was revealed that Rebecca Jessel was another spirit. That might have been obvious, considering her death on the property was revealed from the start.

It’s then well-established that the ghosts of Bly Manor cannot go anywhere outside of the estate. If one died at the hands of Viola Lloyd, aka the Lady of the Lake, you’re bound to the property. That’s clearly shown when Peter tries to hop in Rebecca’s body, before she dies, and is thrown out of her when she crosses outside of the estate.

In order for Dani to save Flora  — who had already saved Dani from being choked to death by the wandering Lady of the Lake — she had to invite Viola into her. It’s an instinctual move that stemmed from the au pair’s selflessness and desire to keep the children safe.

However, when Viola jumps into Dani’s body, Dani is able to leave and unfortunately, the Lady of the Lake stays with her for years, unlike Peter. Why is that?

The key was Viola, aka the Lady of the Lake, so that’s why she clung to Dani outside of Bly

Unfortunately, the Lady of the Lake clung to Dani and had to kill her in the end. Dani tells Jamie soon after it happened that she feels the Lady of the Lake calling, and one day she’s going to take Dani. It happens after 13 years together, and while they have a beautiful story, it’s pretty tragic.

But how was Dani able to leave Bly Manor, going as far as America and Viola still has a hold on her? Well, Viola is the key, isn’t she?

“If you learn anything in Episode 8, it’s that the Lady of the Lake doesn’t let go,”  Victoria Pedretti (Dani) said in an interview with Entertainment Tonight on Oct. 9.

The episode Pedretti is referring to is “The Romance of Certain Old Clothes,” which is all dedicated to Viola Lloyd’s backstory and how she became the Lady of the Lake. Viola was a very strong spirit, even in life. She refused to die after getting consumption, hanging on for five years. She willed herself to survive out of spite and also so she wouldn’t have to leave her daughter.

The only reason she died is because her sister, Perdita, suffocated her so that she wouldn’t have to look after her any longer. And, also, Perdita wanted to get on with her own life. Viola creates her own sort of curse, where she’s bound to her chest of clothes, as the title of the episode suggests.

Dani had to leave with Viola inside her, but got several happy years with Jamie

Viola’s roaming of the estate and the lake is because of that refusal to let go. She’s also the catalyst for the ghosts — Peter, the little boy, etc. — and she’s the core power of why they have to stay there. So while Hannah, Rebecca, and more couldn’t leave, Viola could because she’s the one in charge of this curse, therefore the rules. Also, as Pedretti pointed out, if Viola wants to hang on to something, and Dani invited her to do so in her body, she would not let go. On or off the property.

So, unfortunately, Dani is plagued by this fear that one day Viola will want her back in the lake, with her chest of clothes and where this curse started. While she lays dormant for nearly 13 years, that does eventually happen.

While it’s a devastating moment for both Jamie and Dani — and the viewer if we’re being honest — the two women get nearly 13 years together. It’s a gorgeous love story that makes the finale a little more bittersweet than just straight-up tragic. Pedretti said she loves the two women together and their relationship: “I really hope people respond to it as well.”

And she also pointed out why they’re so significant and important to her, and to representation of love as a whole.

“I think, in terms of Jamie and Dani is that, unlike Peter and Rebecca, they don’t have any delusions that they’re soulmates or that the other one is perfect in some way,” Pedretti said. “They’re day by day cooperating and learning from each other and building trust. I don’t think we see enough of that, I think it’s really special.”