One of the new standout players in Season 2 of The Haunting anthology series is Amelia Eve as Jamie, the gardener. The Haunting of Bly Manor does a wonderful job of showing all the main characters’ background stories without feeling like it’s doing too much or taking away from the overall season. Jamie is the perfect example of that; she had a pretty long monologue in Episode 6. And Eve actually helped craft Jamie’s backstory. [Spoiler alert: Spoilers ahead for The Haunting of Bly Manor].

Jamie, the gardener, has a hefty role in ‘The Haunting of Bly Manor’ 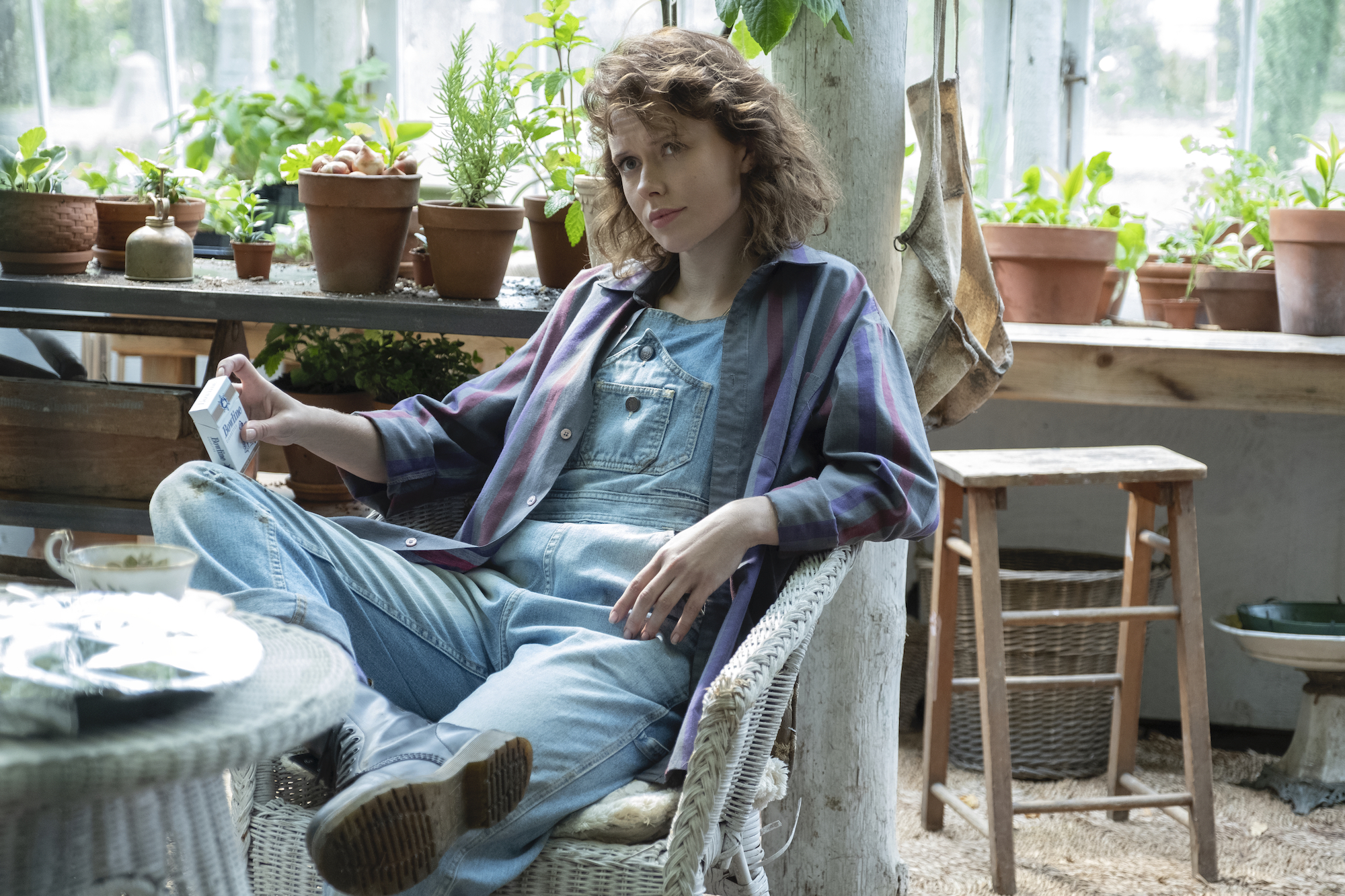 After Dani (Victoria Pedretti) tries to briefly settle into Bly Manor after arriving, the gardener, Jamie, walks in and doesn’t really make an effort to say hi. Maybe it’s just her personality or the fact that she was one of the first to find the other au pair, Rebecca Jessel’s, body, but Jamie is a bit aloof at first with Dani. But Dani feels like she already knows her, in “another life” kind of way.

Regardless, the two fall into a really nice friendship at first. And then it’s undeniable that there are feelings there as well. Dani has ghosts of her own to wade through, but once she does, their chemistry is undeniable. Jamie is a major player in The Haunting of Bly Manor and saves Dani from herself and the Lady of the Lake, who inhabits Dani’s body in the finale. Their story is deeply sad and upsetting, but their love story is also really beautiful.

Before Dani fully overcomes her inner ghosts, Jamie opens up. Dani already told Jamie what she’s dealing with, so in turn, Jamie bares her soul. Which is really hard for someone who’s so closed off and who’s been through a lot of trauma in her life.

To accomplish this, Mike Flanagan, the showrunner, gave Jamie a pretty lengthy and substantial monologue in Episode 6, “The Jolly Corner.” He told Eve about it “from day one” and explained that it stemmed from his love for monologues and “slow push-ins” on an actor with the actor.

“He hadn’t quite written the monologue yet, but we knew there was going to be one,” Eve explained to Elle in an Oct. 16 interview. “And so I had put together this backstory for Jamie, using a lot of articles that had really inspired me…”

Eve described how she sent those articles to Flanagan about what she found and what she was thinking for Jamie’s backstory. And that all “transformed” into Jamie’s story and monologue in front of the moonflowers.

Eve came up with most of Jamie’s backstory

It really is something for an actor to have that much input in their character. Jamie is also one of the only characters in the show that didn’t come from Henry James’ stories, which is what The Haunting of Bly Manor is loosely based on.

“I actually had quite a big part in the monologue, in creating and putting her life story together, which was just incredible,” Eve continued, saying Flanagan still went in “with his magic gold dust” and polished it into what viewers saw. “I felt very connected to it already, by the time we got to filming that scene, because I had put those blocks into place and pieced together these points in her life through my research.”

Part of that research was also coming up with Jamie’s accent.

Eve is from London, so her accent in real life is different than Jamie’s, which is a Northern English accent.

“When I first read for the character, I had a feeling like she was Northern from the Midlands, Northern England, my family are from up North,” Eve told BriefTake.com on Oct. 9. “… As I was reading her, I just got an energy from her that she was Northern, and I did my first self-tape with my own accent and I just didn’t feel like it was hitting, and then I did another take with a Northern accent.”

Eve said that the takes she did with the Northern accent are what hit the best, and ultimately what got her the job. She said that once she met with Flanagan after he cast her, that research came into play again.

Even on set, Eve used her natural accent and the Northern one, and the latter is what fit best. And what viewers got when they fell in love with the gardener at Bly Manor.