90 Day Fiance: Before the 90 Days star, Erika Owens, posted a fun new look to her Instagram just ahead of Halloween.

Taking inspiration from the current TikTok challenge of dressing head-to-toe as a Disney Villian, Erika channeled her inner sea witch going all out as the infamous Ursula from Disney’s The Little Mermaid.

She even quoted one of Ursula’s most famous lines from the classic animated film.

Erika wrote, “And DON’T underestimate the importance of body language.”

“All my sea witch dreams came true last week – I hope y’all love my first Halloween look as much as I do.”

Here’s Erika in her Ursula costume, complete with special effects and a backdrop to enhance the look. 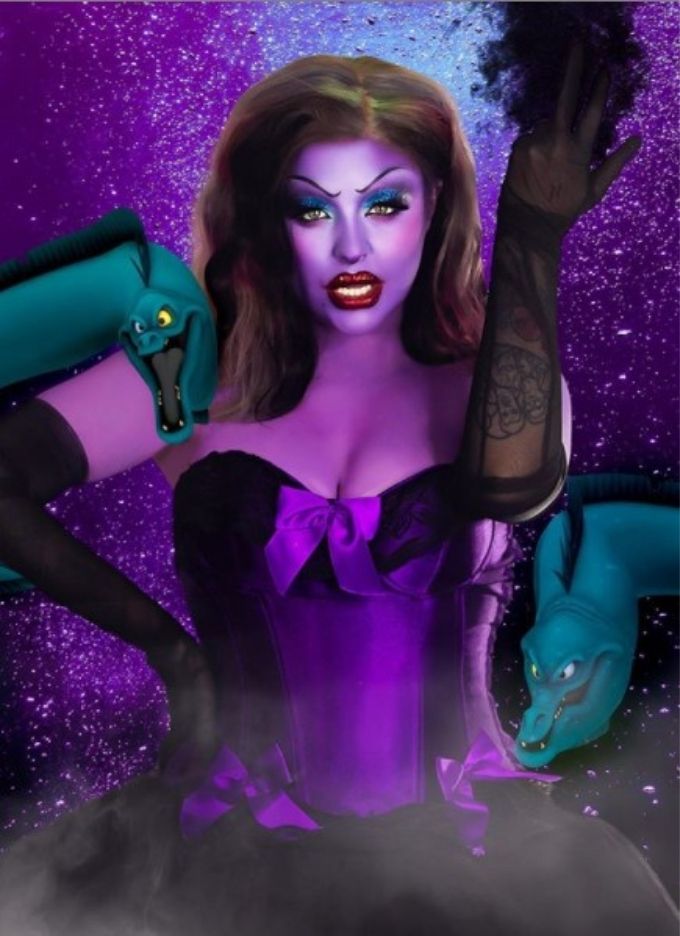 Erika’s followers flooded the comments with support for the 90 Day Fiance: Before the 90 Days fan favorite.

“This is beyond incredible,” one follower commented.

“Nailed it!! How beautifully done!!” said another.

While most comments praised the costume and the effort it took to create the look, some followers pointed out that she missed the mark when it came to the classic villain’s white hair.

“This would be even better with a white wig,” read one comment.

Erika quickly became a fan favorite on 90 Day Fiance: Before the 90 Days

90 Day Fiance fans quickly fell in love with the bubbly Australian during her season with then-girlfriend, Stephanie Matto.

From the bisexual beauty’s brightly dyed hair to the bold print of her clothes, it was clear from the beginning that watching Erika was going to be fun.

Unfortunately, her relationship quickly went south during a visit from Stephanie.

Stephanie made the trip to Australia to find out if her connection with Erika was just as strong in person as it had been online, and it wasn’t.

A large part of the couple’s issues was that Stephanie was struggling with feelings of jealousy when it came to Erika’s friends. She was unable to get past the fact that Erika had either kissed or dated many of her friends, which brought out Stephanie’s worst insecurities.

After a blow-up fight that had Stephanie throwing a bowl onto the kitchen floor, fans knew it wasn’t long before the couple called it quits.

Erika has since moved on with her current boyfriend, Chris Siclari.

It’ll be fun to see what costume ideas Erika comes up with next.

90 Day Fiance: Before the 90 Days is currently on hiatus on TLC.