Over the course of the week, Emmerdale’s Belle Dingle (played by Eden Taylor-Draper) has been hearing the voice of her dead mum Lisa Dingle (Jane Cox) as her mental health has begun to spiral. Belle has a history of schizophrenia and this has worsened after she left Jamie Tate (Alexander Lincoln) revealing he was the one to hit Moira Dingle (Natalie J Robb). Her plan to expose Jamie backfired when he put her in the firing line and the police now believe Belle is the one who left Moira to die after running her over earlier in the year.

Belle has ben determined to prove Jamie has been messing with her head and trying to escape justice.

However with Belle so distressed over everything that has gone on, she has stopped taking her medication and her schizophrenia has worsened.

Hearing her mother’s voice, which has been advising her on how to handle the situation, Belle has chosen to quit her job at the vets surgery and tell Millie Tate how evil her father Jamie is.

Tonight’s episode saw Belle try to resolve her actions but Jamie was one step ahead and had organised for a new witness to come forward confirming his ex was the one who hit Moira. 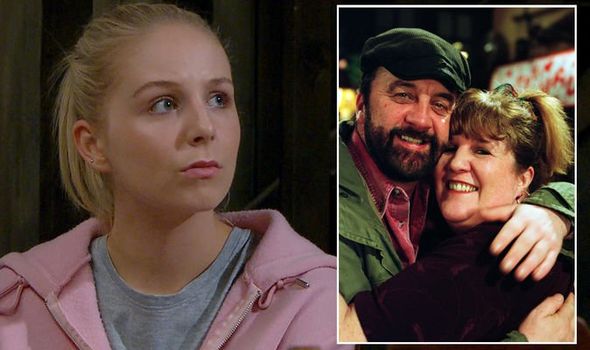 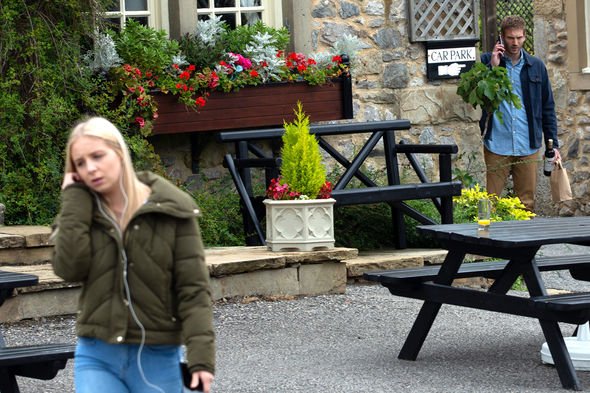 Fans know Jamie was behind the wheel when Moira was hit but he was a coward and drove off without checking she was okay.

In a bid to prove how dangerous Jamie is, Belle initially stood by his side to get as much intel as possible.

However, when she finally exposed him, Jamie found an alibi in his ex-wife Andrea Tate (Anna Nightingale).

The couple stood by one another and claimed it was actually Belle who had hit Moira. 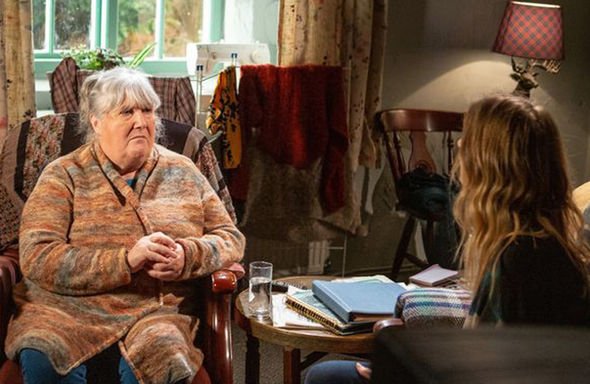 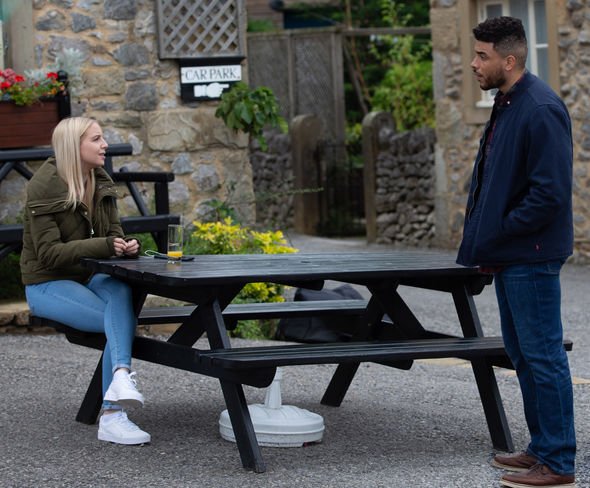 As the police arrived in the village to take Belle for further questioning following the evidence from the new witness, Lisa continued to advise her daughter.

Belle struggled to decide whether or not to listen to her mother’s voice as she tried to avoid getting into further trouble.

However it wasn’t easy for Belle and as she became incredibly agitated, she dared the police to hold her in custody.

As the episode came to a close, the police decided it was best not to let Belle go and sent her to processing to be charged with Moira’s hit and run.

Belle was devastated as she realised she would be locked up for a crime she didn’t commit.

However, it’s certain her father Zak (Steve Halliwell) will be even more distraught when he learns Belle has been hearing Lisa’s voice and following her orders.

Knowing his daughter’s mental health is worsening, Zak will want her out of police custody as soon as possible.

It’s been revealed Nate Robinson (Jurrell Carter) will consider turning himself in to protect Belle.

But once Jamie realises what the Dingles are up to, will he create more turmoil for Belle by revealing their plan to the police.

Jamie is furious he was betrayed by Belle and will do anything he can to avoid going to prison and being separated from daughter Millie.

Will he really exploit Belle’s mental health to protect himself and take down the Dingles?