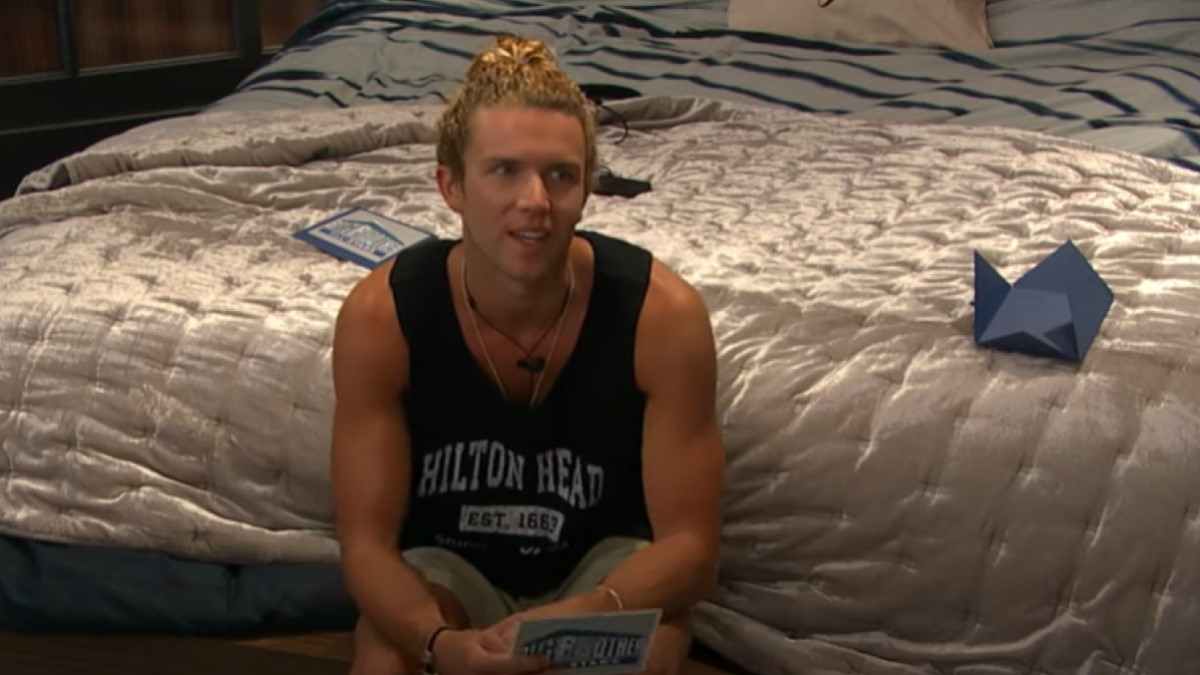 David Alexander accidentally revealed too much information to Bayleigh Dayton and Da’Vonne Rogers, putting Tyler in a tight spot with Da’Vonne.

But Tyler is really good at playing this game when it comes to one-on-one conversations.

At issue were the stories that Tyler was passing on to David about Da’Vonne trying to flip the house to save Nicole Anthony. David revealed Tyler as one of his sources for that made-up story, but Tyler had a plan.

In a Wednesday conversation with Da’Vonne, Tyler was able to shift the blame to Kaysar with the deft moves of a ninja. It worked perfectly, in part, because Kevin Campbell has also started telling that fake story about Kaysar.

As fans of the show and live feed subscribers already know, Kaysar Ridhar and Janelle Pierzina did want to try to flip the house to save Nicole Anthony, but it wasn’t something they tried to convince Tyler to do.

Tyler went one step further with Da’Vonne because the second part of David’s story was that Cody Calafiore had also told him the same things as Tyler. But Tyler told Da’Vonne that he didn’t believe Cody would ever say something like that.

Instead of just coming off innocent in the chat, Tyler was able to put David on the wrong side of Da’Vonne. And it looks like Da’Vonne believed every word of it.

There is likely to be some lingering doubt within Da’Vonne about trusting Tyler, but David has been saying all the wrong things and the narrative that David doesn’t know what he is doing is easier to believe.

Tyler Crispen is back in the driver’s seat

This situation with David may have been the wakeup call that Tyler needed on Big Brother All-Stars 2. Tyler was able to turn David into a target without having to do anything and has weakened Da’Vonne’s game in the process.

But Tyler is going to need to keep his eyes open, as people in his alliances are already starting to scheme against him. Cody Calafiore and Daniele Donato are trying to figure out when to target Tyler this summer. Will Tyler see it coming and strike first?

A big takeaway from all of Tyler’s impressive maneuvering with the David situation is that it shows why Tyler could have easily been the Big Brother 20 winner if that jury had voted only on gameplay.