Satellite-tracking company LeoLabs sounded alarms after they found a dead Russian satellite and a discarded Chinese rocket have a 10 percent chance of colliding tonight. Predicted paths of the two dead objects see them at risk of clashing over Antarctica. A collision could spell disaster for future space explorations, as it would create a huge cloud of debris in the atmosphere. Experts have previously warned there are too many dead satellites in the Earth’s orbit.

LeoLabs has raised alarm after it found the two pieces of space junk have a 10 percent chance of colliding in orbit.


Data suggests it is most likely the satellites will narrowly miss each other at between 8 to 43 meters at 1:56am BST.


But LeoLabs also said on Wednesday the estimated miss distance for the objects could be just 12 meters, as it is impossible to account for factors affects their flight path and the chances of collision can drastically change. 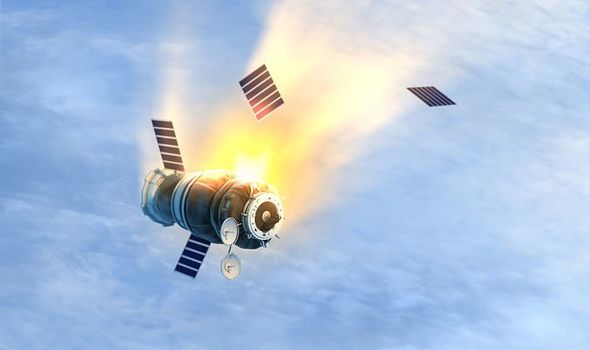 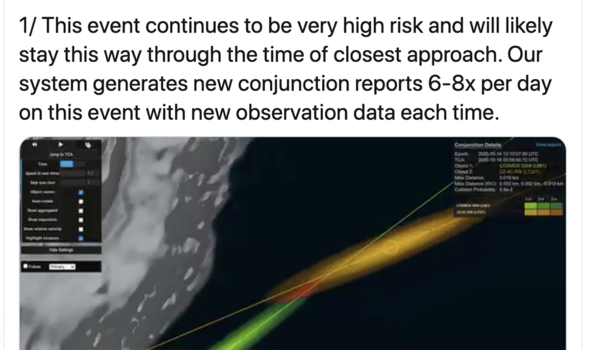 
Kosmos-2004 launched in February 1989 for to help the Soviets with navigation and communication, but has since stop functioning while continuing to orbit south-wards


Chang Zheng 4C is a series of rockets used by Beijing, for space operations, with this particular rocket being launched in 2009 and orbiting north-wards.


The objects have a huge combined weight of 2.8 metric tonnes, and are around 600 miles above the surface of the Earth. 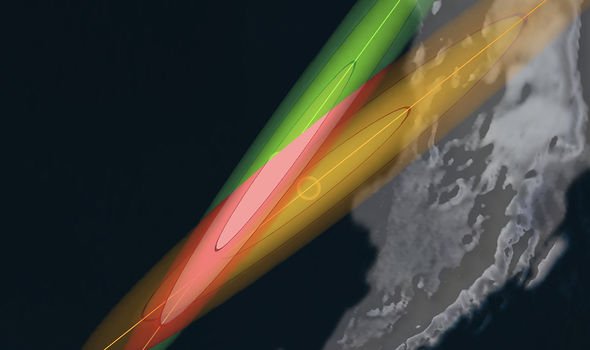 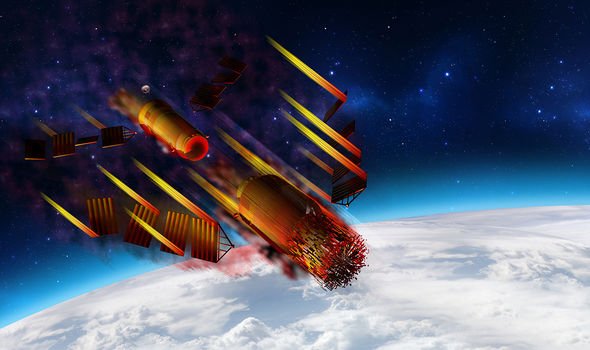 As the rocket and satellite are defunct, they cannot be moved remotely.

Astronomer Jonathan McDowell claimed the explosion caused by the two colliding would be equal to 14 tonnes of TNT, and would send debris in all directions at perilously high speeds.


He also said the collision will add 10 to 20 percent more space debris in orbit.


Professor Richard Easther, Physics at Auckland University, added to the website Stuff he feared the collision would leave “lots and lots of uncontrollable pieces of debris” at around 17,000 mph.

But the Aerospace Corporation in California has rubbished LeoLabs warnings, calculating a much lower risk of collision between the two objects.


Ted Muelhaupt, head of the corporations space-debris analysis, calculated the chances of a collision is just 1 in 23 billion, and believed they will miss each other by around 70 meters.


He added: “I don’t mean to throw any shade whatsoever on their process or their sensors or anything else.


“But the sensors, the data we have access to says we’re pretty confident they are not going to hit.” 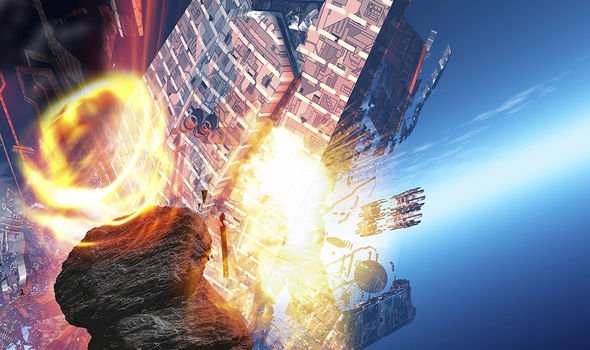 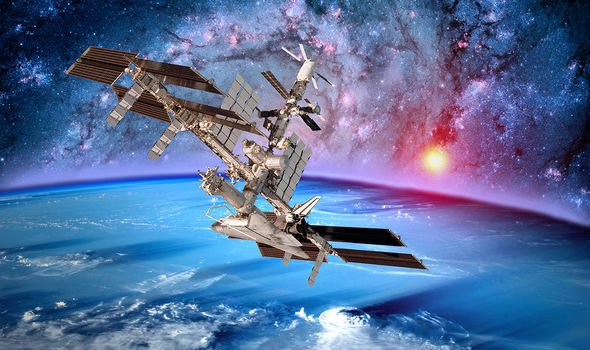 Experts have previously flagged space debris as a growing concern, with scientists warning it could make the atmosphere impenetrable.


Current estimations from scientists hold there is around 170 million pieces of space junk are still in orbit, with only 22,000 being tracked by experts.


In September, the UK Government awarded seven companies a share of over £1 million to tackle space debris.


Two companies, Deimos and Northern Space and Security, will develop optical sensors to track space objects from the UK, whereas Andor in Northern Ireland will enhance their astronomy camera to track and map ever smaller sized debris.