Mark Grenon, 62, and his sons Jonathan Grenon, 34, Jordan Grenon, 26, and Joseph Grenon, 32, all of Bradenton, were charged Wednesday in Miami with conspiracy and criminal contempt in the manufacture and sale of a mixture that prosecutors said has been linked to illnesses and death.

The company brands itself as a church, but it said on its website that it is not religious. The name was instead selected to avoid government regulation, prosecutors said. Federal authorities also quoted Mark Grenon as saying that Genesis “has nothing to do with religion” and that the company’s name was a ploy to “legalize the use of MMS” and to avoid going to jail.

A judge ordered that chemicals recovered in the raid, which were being used to produce the solution, be destroyed and that the suspects contact people who purchased it to offer them a refund, according to an order of permanent injunction filed against the family and company Tuesday. 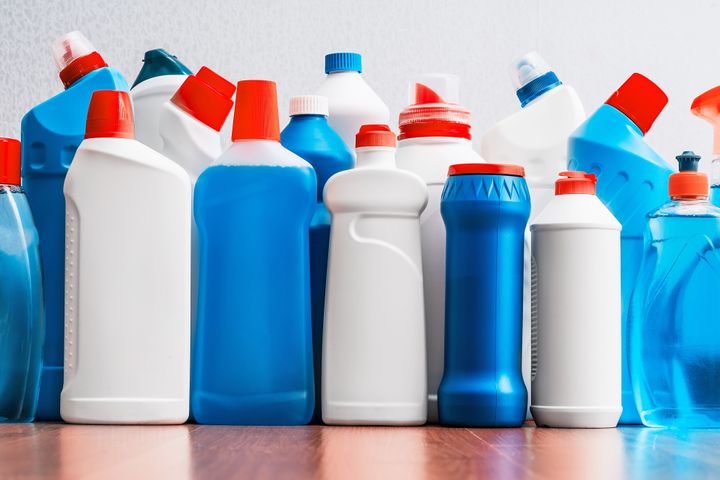 The father-and-sons team allegedly marketed the solution, which is a combination of sodium chlorite and water, as a miracle cure not just for the coronavirus but also for dozens of other serious diseases and conditions, including cancer, Alzheimer’s disease, autism, multiple sclerosis, HIV and AIDS, prosecutors said.

Drinking the chemical mix is the same as drinking bleach, which can cause severe vomiting, diarrhea and life-threatening low blood pressure, the Food and Drug Administration warned.

President Donald Trump in April famously suggested falsely that injecting oneself with disinfectant might cure the coronavirus. He later claimed this was a joke. But his comments prompted health officials and the makers of Clorox and Lysol to issue a series of warnings against ingesting bleach.

In the case of MMS, prosecutors said that the FDA “has received reports of people requiring hospitalizations, developing life-threatening conditions and dying after drinking MMS.”

The Grenons were ordered by a federal judge back in April to stop selling the mixture. Prosecutors at the time argued that any medicinal claims about MMS are “unsupported by any well-controlled clinical studies or other credible scientific substantiation.” The Grenons told the judge shortly after the ruling that they would not comply with the court order. They also threatened violence in letters sent to the judge, prosecutors said.

There is currently no vaccine for the coronavirus, nor are there drugs licensed for the treatment or prevention of it. That hasn’t stopped celebrities and businesses from trying to take advantage of consumers’ fears by peddling fake drugs and products.

Conspiracy theorist and radio host Alex Jones and televangelist Jim Bakker have been threatened with legal action over their promotion of products containing silver that they falsely say can kill the virus.

Trump also briefly touted the malaria drug hydroxychloroquine as a potential “game changer” in the fight against the coronavirus. The FDA subsequently deemed it risky and likely infective for treatment of the virus.