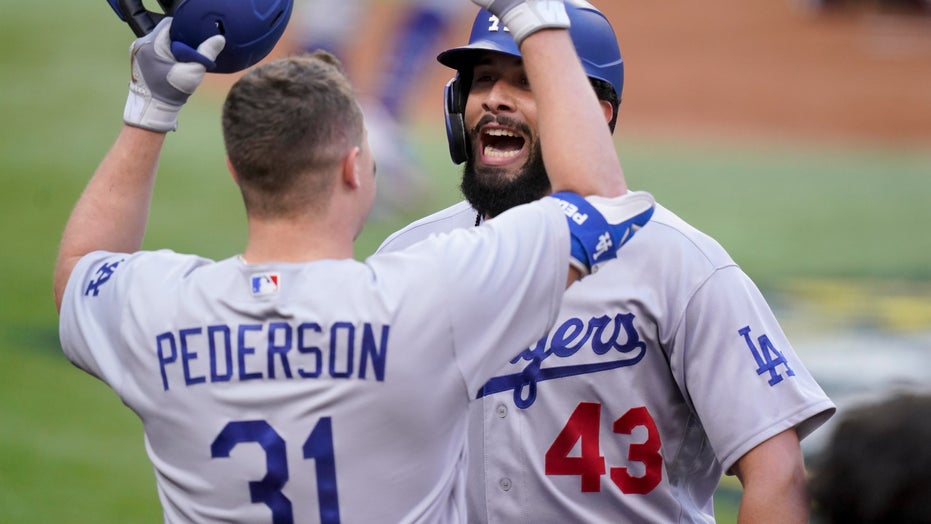 The Los Angeles Dodgers were in an 0-2 hole heading into Game 3 of the National League Championship Series against the Atlanta Braves, but they climbed back into the best-of-seven series in the very first inning Wednesday night in Arlington, Texas.

The Dodgers put-together an 11-run first inning — the highest-scoring inning of all-time in an MLB postseason game — as they cruised to a 15-3 victory. They now trail Atlanta two games to one.

Mookie Betts led off the game with an infield single on the first pitch, Corey Seager followed with a double on the next pitch, which scored Betts from first base. Joc Pederson and Edwin Rios later hit home runs on back-to-back pitches against Kyle Wright, who then walked the No. 9 batter before Dayton took over.

Betts walked before Seager had an RBI single, Justin Turner was hit by a pitch and Muncy went deep. Will Smith, the 14th batter in the inning, struck out to end the onslaught.

Bellinger then led off the top of the second inning with a homer, after he robbed Atlanta’s Ozzie Albies of a home run in the bottom half of the first.

The Dodgers added one run in the second and three runs in the third — then their offense took the rest of the night off.

Atlanta could muster only a single run in the third inning and two more in the bottom of the ninth.

The Braves will try to shake off the loss and get ready for Game 4, set for 8:08 p.m. ET Thursday, again in Arlington, where the series was placed because of the coronavirus.

The big question: Will Dodgers ace Clayton Kershaw be ready for Game 4 after being scratched from Game 2 because of back spasms?

Inside Donald Trump’s relationship with Barron