MAGICAL can conjure up a second Champion Stakes on the trot.

She was superb in getting the better of the world’s top-rated horse in the Irish Champion Stakes at Leopardstown. 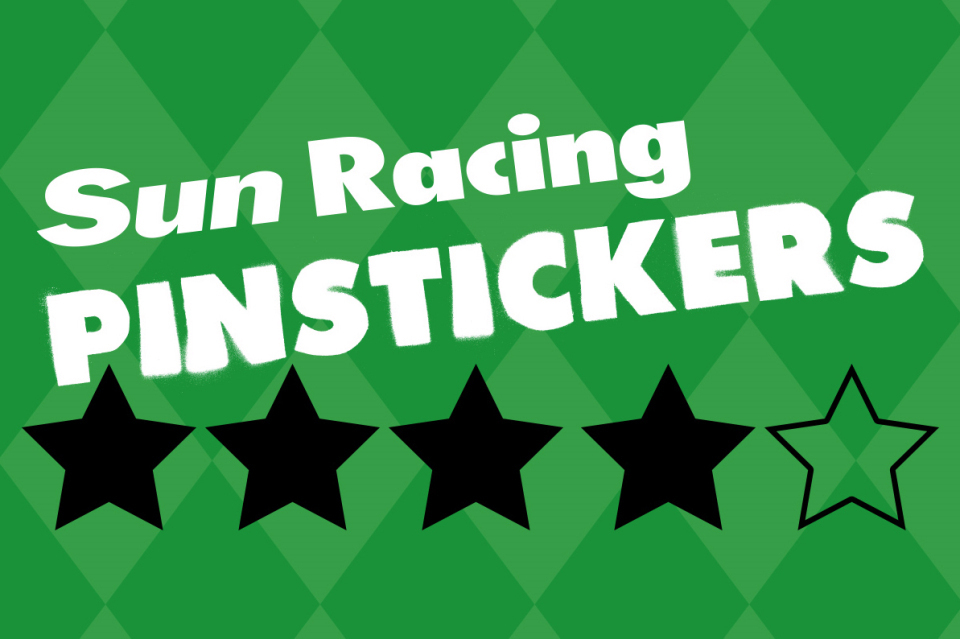 OFFER OF THE DAY

T&Cs: Min stake £10, min odds 2.0. Only deposits made using Credit/Debit Cards or ApplePay will qualify. Free bets are awarded after the qualifying bet has settled, valid for 30 days, must be used on multiples with 3+ legs. Max £50 in free bets. T&Cs apply. 18+ Begambleaware.org

She had almost a length in hand of Ghaiyyath that day when coming with a strong run. Her victory in this race 12 months ago was smooth and her liking for this course and distance is a major plus.

Mishriff is the potential big improver in the field for Frankie Dettori and John Gosden. He was impressive when winning the French Derby and showed that was no fluke with a good soft-ground success at Deauville last time.

He comes here nice and fresh with and three-year-olds can win this high-class contest.

If those two are battling for the title, the race for third could be red-hot with plenty of each-way prospects at good prices.

Addeybb was second 12 months ago and any more rain would help his chances, as they would with French raider Skalleti. Derby winner Serpentine is still learning the game and went well for a long way in France last time.

Lord North won nicely at the Royal meeting and is another with few miles on the clock, while Pyledriver’s stamina will be an asset in the conditions.

ADD up for it. Consistent performer over this trip who will relish plenty of give in the ground. Has won a couple of Group 1s in Australia but was no match for Lord North at Royal Ascot before a solid Listed win at Ayr. Place claims and goes well here but needs a bit more to win.

DESERT him. Keeps hitting the frame in lesser races including when beaten half a length at York last time. Has shown best form over further as he showed when winning a Group 1 in Canada this time last year. Hasn’t won since and looks held in this class.

EX rated. Won a couple of Group 3s in August before a modest run when third at Newbury last time. Likes this trip and goes on any ground but has plenty to find in much the toughest company he’s faced so far.

PAN him. Top connections are keeping the faith despite some modest runs this season including when held by Magical in the Irish Champion Stakes last time. Won the Juddmonte International last term over this trip and was a fair third in the Coral-Eclipse in July. Two poor runs since a big negative though.

LORD it. Has few miles on the clock and won the Prince Of Wales’s Stakes at Royal Ascot on his Group 1 debut. Has run just once since when a solid third in the Juddmonte International at York. Frankie has picked Mishriff but he likes this trip and has solid place claims over a course and distance that really suit.

SAN ban. Was a top-class two-year-old but has had training problems since and his last win came two years ago. Has looked below par on four outings this season including when held in an Ayr Listed contest last time. Hard to fancy at this level after that.

LLET it rain. French mudlark who splashed through the mud to win a Group 2 at Longchamp’s Arc meeting to build on a solid success at Deauville in August. This trip suits well and he rarely finishes out of the frame. This is his first crack at a Group 1 so he must improve but a downpour would give him an each-way chance.

MAGIC just the trick. Defending Champion who has been in cracking form since including when beating Ghaiyyath in the Irish version of this race at Leopardstown last month. We know she likes this course and distance and some cut in the ground holds no fears. Has every chance of following up last season’s success.

RIFF sounds good. The rising star who has swerved the Arc to concentrate on this contest. He landed the French Derby in good style at Chantilly in July and followed up with a bloodless success in a Deauville Group 2 last time. He goes on any ground and has shown his best form over this distance. Frankie is keen on his chances and there should be more to come — plus he has the three-year-old’s weight allowance for good measure.

DRIVER hard bargain. Landed a shock when winning the King Edward VII Stakes over 1m4f at the Royal meeting before not handling Epsom when fancied for the Derby. He bounced back in style to win the Great Voltigeur at York before a close-up third in the St Leger. Dropping to this trip doesn’t look obvious but he’s a strong traveller who likes it here and could hit the frame.

TINE not weary. Runaway Derby winner who was far from disgraced when fourth in the Grand Prix De Paris at Longchamp last month. He still looked green that day and was leading until the closing stages so this drop in distance may help. Will be interesting to see if he gets his own way up front under William Buick. Should improve again.