Shane Richie’s family posted a sweet throwback photo on Instagram of the EastEnders actor and Tess Daly, 51, who is married to his fellow I’m A Celebrity campmate Vernon Kay, 46. The Strictly star stunned in a red sequin dress as she posed all smiles alongside Shane, who had donned a blue sequinned tux.

Throw back to a photo shoot with this absolute beauty

The caption alongside the picture read: “Throw back to a photo shoot with this absolute beauty.”

Fans were in awe of the pair, as they rushed to the comments section to share their thoughts.

“Their outfits are so glittery,” one gushed.

Another rooted for the BBC star on the show: “How gorgeous u both look! keep up the Fun N games Shane ur doing Amazing WIN WIN WIN!”(sic)

“Love this photo of Shane and Tess,” another cheered. 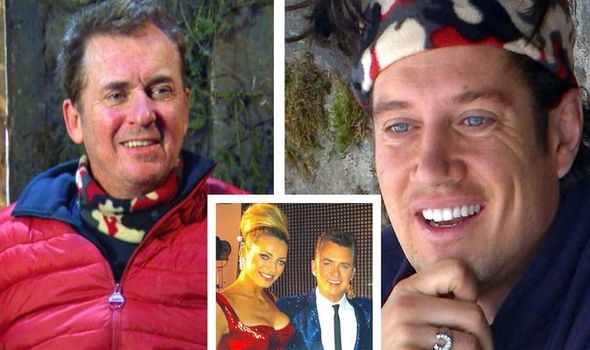 Tess also shared a throwback snap of her and hubby from 17-years ago, admitting that she’s missing him greatly while he competes in I’m A Celebrity.

She also voiced her pride over his most recent challenge on the show on Wednesday.

The mother-of-two wrote alongside the snap: “So proud of Vernon in his first trail last night on @imacelebrity, he aced it!! No idea how he managed to clear his plate though!

“Missed him today and looking through old photos found this from a trip to Ibiza probably about 17 years ago…He’s still got the same hair! GOOD LUCK TONIGHT @vernonkay #teamvernon #imaceleb.”

Her sweet post followed Vernon’s successful food challenge, which saw him chow down on a deer testicle. 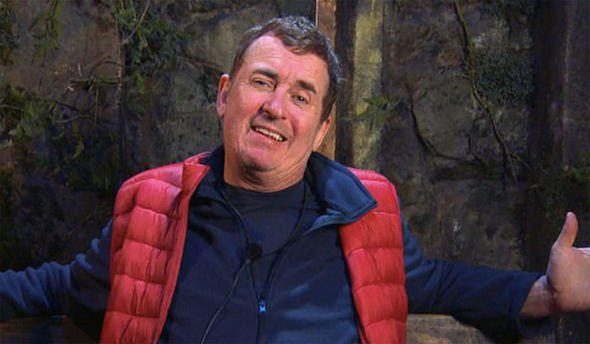 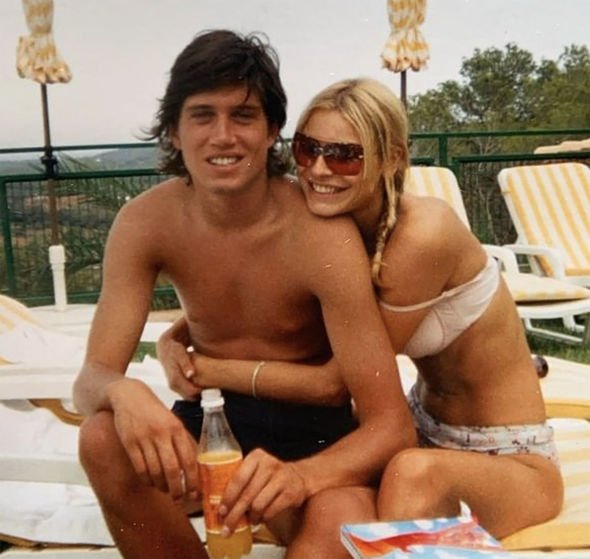 And while both Vernon and Shane are making a splash on the ITV show, the latter’s son 28-year-old Shane Nolan, who the actor shares with his ex Coleen Nolan, has admitted that he “worries” that his dad might say “something silly” during his time in the castle.

He said he watches the show from the edge of his seat and is concerned that his dad might offend some viewers.

Shane Jr admitted he has had to correct his comedian dad in the past, and while he maintained that he has never said anything “racist or homophobic,” he noted that a select few viewers might take his remarks the wrong way.

“There’s always a worry with an Eighties or Nineties live comic going on live television every night in front of millions of people in 2020,” Shane Jr. told MailOnline.

“When he’s doing a trial I’m sitting there sweating, I feel like I’m doing the trial and I can’t breathe because he might say something a bit silly and because it’s 2020 it might offend someone.”

Shane added: “He says things on the phone to me sometimes, nothing racist or homophobic or anything, and I say to him, ‘You can’t say that in 2020.’

“You worry because 99 percent of the population would laugh, but it’s the one percent which gets you kicked off telly,” Shane Jr explained.

And while he’s thrown his full support behind his dad and exclaimed that he found the actor “hilarious” on the show, he wants one of his rival campmates to be crowned the winner.

The actor’s son giggled online: “I know my dad’s in the castle but I think Mo Farah might be my favourite person in the world.”(sic)

I’m A Celebrity continues every night on ITV at 9pm.