Comedian Greg Davies, 52, and Alex Horne, 42, joked about their dynamic on the show and how they lead separate lives away from the cameras in a joint chat. The former couldn’t resist taking a cheeky swipe at his Taskmaster co-star, after fronting the series for five years side-by-side.

I’ve seen him in action within the family. He’s an ogre.”

As series 10 plays on its new home on Channel 4, Alex was asked if he got sympathy after dealing with his co-star’s flippant insults.

He revealed: “I think people tend to be on Greg’s side and join in.

“A lot of people shout ‘Little Alex!’ at me. And in real life, I’m actually quite authoritative and strict.” 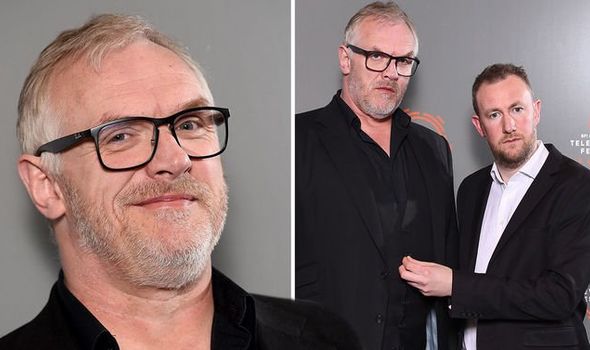 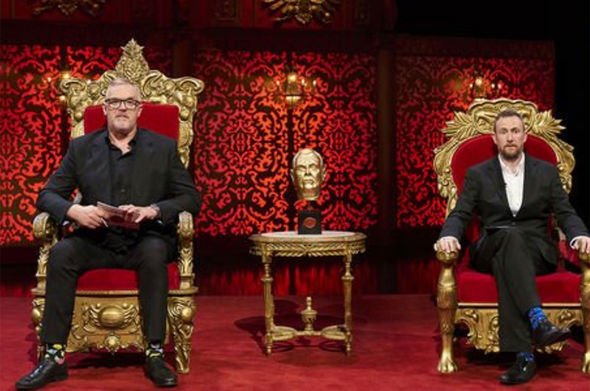 Laughing, Alex continued in their interview with the Radio Times: “I get people using my admin skills to try to basically plan their wedding or stag night.

“They say, ‘Can you just come up with six tasks for us on our hen night?’”

Greg, who starred in The Inbetweeners, christened his sidekick with the name ‘Little Alex’, despite him being 6ft 2in, in the earlier stages of the show.

The name stuck and has become a running gag at the start of each episode. 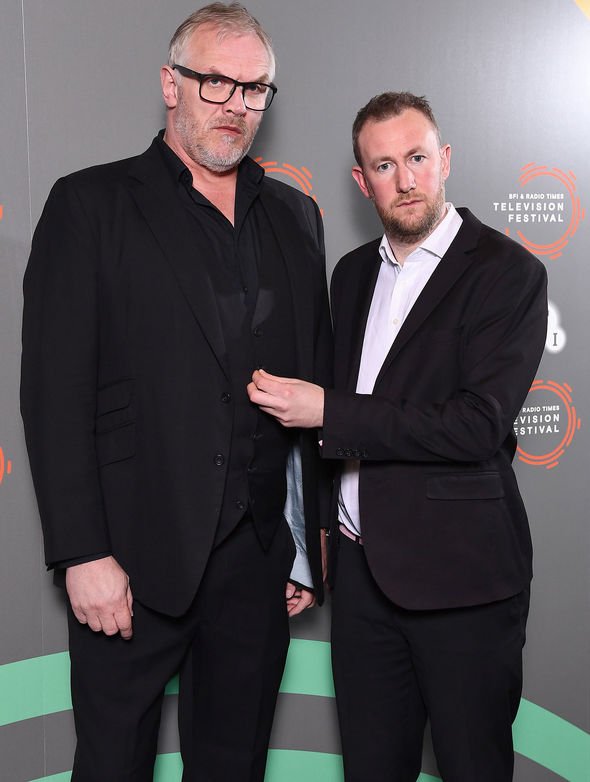 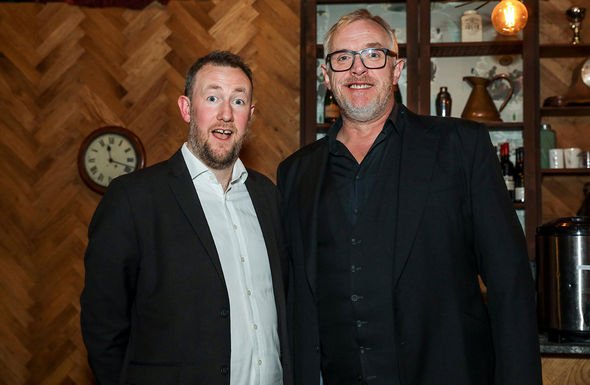 When asked if they were friends away from the show, Greg’s co-star admitted the pair “lead quite different lives”.

Elaborating, he revealed he lived in a house in the countryside and does the school run, while Greg lives “a single lifestyle” in London.

The time around, the comedy show will air on Channel 4 after leaving its usual slot on the UKTV channel.

The duo will be back with a new line-up of comedians taking on various tasks.

For the latest series “95 per cent” of the challenges with the Taskmaster line-up were filmed before the coronavirus outbreak.

However, most of the tasks revolved around scenes being shot in the studio.

In line with the Government advice during the coronavirus pandemic, social distancing measures were put in place and a live studio audience was scrapped.

The new measures also meant both Greg and Alex couldn’t interact with the other comedians outside of filming.

The actor explained: “Obviously in the studio, we have the live tasks where they’re all up on stage, so for those ones they all had to be two metres apart. 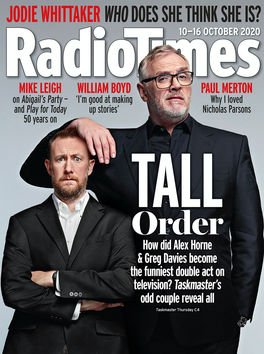 Read the full interview in Radio Times Magazine out now[RADIOTIMES]

“But that was quite fun because you just sort of work it into the rules and you make it part of it so it’s been something we’ve had to think about but we always have limitations – normally on budget – the Taskmaster house is quite small but limitations just make you more creative I think so it’s not been a problem.”

He added: “The other effect it had which I think’s interesting is we couldn’t hang about.

“We couldn’t hang about and chat before we started the record, so it’s almost, it sort of adds to the feeling that we’re now in Taskmaster world because the first time that we all chatted during all of the day’s filming is when we walked onto the set just before the cameras start rolling.”

Taskmaster series 10 kicks off tonight at 9pm on Channel 4.

Read the full interview in Radio Times magazine out now.